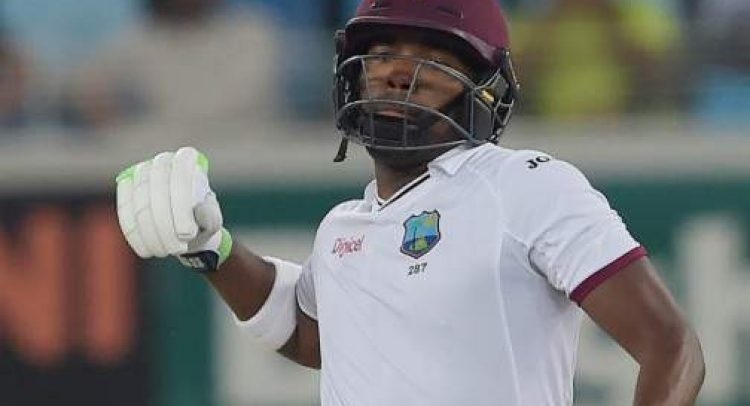 Fast bowling legend Michael Holding has lamented Darren Bravo’s decision to opt out of this month’s tour of England but says he understands the left-hander’s decision, especially considering the outbreak of the COVID-19 pandemic in the United Kingdom.

Bravo, along with batsman Shimron Hetmyer and all-rounder Keemo Paul, all declined the invitation from selectors for the three-Test tour which runs from July 8-28.

An expanded contingent of 25 players – a squad of 14 along with 11 reserves – will leave the Caribbean next Tuesday for cricket’s first-ever biosecure series.

Holding said with Bravo having not excelled of recent, the tour could have represented the chance to “resuscitate his career”.

“I’m sorry that Bravo in particular isn’t going because Bravo, I think, needs to resuscitate his career,” Holding said on the YouTube cricket show Mikey – Holding Nothing Back.

“He started off so brilliantly, everybody thought he was going to be another great West Indian batsman. He hasn’t really fulfilled that.

“I think the more cricket he can play now, especially for West Indies, the better chance he has of getting back on track and showing everyone the great player that he could be.”

The 31-year-old Bravo averages 37 from 54 Tests but has not featured in the longest format ever since retiring hurt in the second Test against India last year in Kingston.

He was subsequently dropped for one-day tours against Afghanistan and India but recalled for the limited overs series in Sri Lanka last March, after heavy scoring in the West Indies first class championship.

Even before then, however, the Trinidadian’s career was in free fall, after being sidelined as a result of a controversial public spat with former Cricket West Indies president, Dave Cameron.

Holding said the absence of Hetmyer, widely seen as one of the region’s most talented stroke-makers, would also be a blow for the Windies.

“I think he’s a very, very talented player; I think people have heard me talk about him in the past,” Holding explained.

“Again, I’m sorry that he’s not going so that he can get more opportunity to express himself, but I ain’t blaming them for not going.”

The UK has been one of the hardest hit regions by COVID-19 with 283,000 recorded infections and over 40,000 deaths, triggering a public health crisis that has halted nearly all major sporting activity.

West Indies had been originally slated to face England last month but the series was delayed after the England and Wales Cricket Board postponed the start of its domestic programme.

The series will be played in biosecure facilities at The Ageas Bowl in Southampton and Old Trafford in Manchester and will involve strict isolation, social distancing and sanitisation protocols.

Holding said any concerns from players about the tour would be justified, especially with the threat posed by the pandemic.

“The West Indies board, before they were even confirming the tour, had told everyone – the players and the entire public – that they would not be forcing anyone to go on this tour,” the 66-year-old Jamaican pointed out.

“If any player decided that they weren’t absolutely sure about going on tour, they weren’t confident of proceedings and if they would be safe and all that, they could opt out. And these three guys have opted out.

“I think it’s unfortunate as far as West Indies cricket is concerned. I’m not going to tell anyone that they should be going to England, because COVID-19 is around [and] someone may get sick, or even worse.

“But at the same time I think it’s unfortunate for the West Indies team because these guys have quite a bit of talent, and they’ll be missed.”