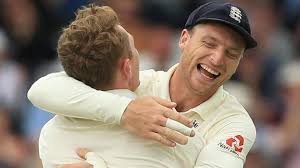 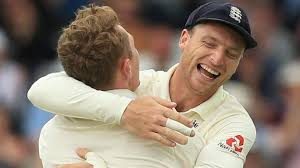 We will never know if the criticism England received after they lost the first Test to Pakistan was the catalyst for their performance in the second.

What we do know is that the innings-and-55-run win at Headingley was a significant improvement on what we saw at Lord’s.

It wasn’t just the basic cricketing disciplines of batting, bowling and fielding, but also the spirit, energy and determination.

Perhaps the bottom line is that England knew they simply could not afford to be so awful two weeks in a row and so turned up in Leeds like a team that wanted to get on with business.

Having your biggest talents produce special performances on a regular basis helps too, and there are few with more natural talent in the England set-up than Jos Buttler.

Buttler marked his recall last week with a half-century, then played so well for his 80 not out during the second Test.

On the second evening, Buttler had to be watchful to get through the second new ball. He left with sound judgement.

Then, on the third morning, he was outstanding, playing the sort of aggressive innings he was picked for. The straight six he hit off Faheem Ashraf must be one of the biggest hits Headingley has ever seen.

The choice of Buttler by Ed Smith was part of a trend for the new national selector to bring players of character into the side.

I’m a huge fan of Dom Bess. Not only does he have an excellent attitude, but he batted with maturity, was electric in the field and deserved the wickets he got on the third day.

He has given Smith and the rest of the selectors a decision to make when Jack Leach is fit but, if they do go with Leach, Bess has shown that he could be the second spinner that England will need in the winter.

Sam Curran was another young man who impressed with his approach to the game. His batting looks incredibly promising, to the extent that he could end up as a batsman who bowls.

He will have to work on his bowling because, even though he has age on his side, he is unlikely to put on enough pace to trouble the best players. At 79mph, he will always need the ball to swing, unless he can add a few more tricks. Could he be a fourth seamer? Time will tell.

Even Keaton Jennings, recalled for the second Test, is a solid citizen. Michael Atherton rates him incredibly highly and you don’t get many better judges than the former England captain.

These are examples of the talented players that England have at their disposal. Their fans know this and so, when they do turn in disappointing performances, we don’t get frustrated because they are bad cricketers, but because we know they can do so much better.

Headingley should become the template

We do, however, remain in the dark as to who the real England is. We might for some time.

What they should be trying to do is replicate Headingley in every session, day and Test from now on. If they do, they will become a very good team and will climb up the world rankings. If they don’t, they will get their fingers burned.

One man who will be very pleased that England played the way they did will be coach Trevor Bayliss.

I’m not sure I subscribe to the idea that Bayliss would have been replaced as Test coach had England lost, but there certainly would have been a serious conversation to be had.

Even if Bayliss has overseen England’s rise to becoming a brilliant one-day team, defeat at Headingley would have raised serious doubts over whether or not he could continue leading the Test side into next year’s Ashes.

Now, the challenge for Bayliss and captain Joe Root is to find the elusive consistency they refer to so often.

How does a team become more consistent? Is it something that can be practised? Is it a mindset? Why would one player be able to produce a brilliant performance one day, but not the next?

I suppose it’s down to focus and application, as well as fostering an atmosphere where players want to get stuck in to compete for one another.

Hopefully now they will put Lord’s behind them and continue to show all the qualities that they have in abundance.