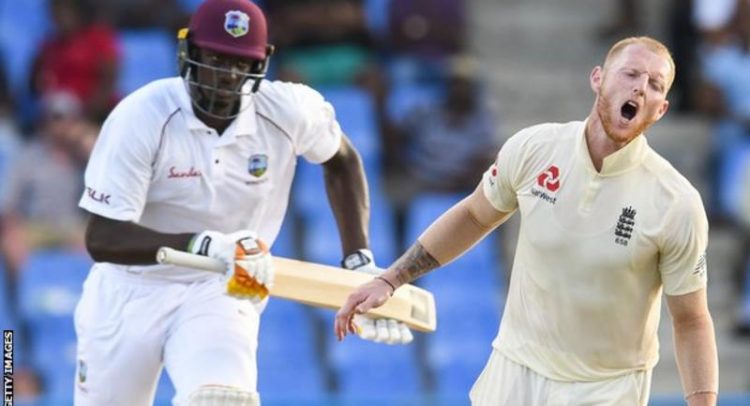 West Indies coach Phil Simmons says the rivalry between Jason Holder and Ben Stokes will be “huge” during the upcoming Test series against England.

Windies captain Holder is ranked as the number one all-rounder in Test cricket, while Stokes was named as the leading cricketer in the world by Wisden.

“Ben is the type of person who wants to be number one. He’ll be doing his best to get Jason’s position,” said Simmons.

“I know Jason wants to be number one and wants to keep that.”

Holder, 28, was the leading runscorer on either side when West Indies defeated England 2-1 in the Caribbean in early 2019.

That was the beginning of the defining year of Stokes’ career, in which he was named man of the match in the World Cup final and followed that with a magnificent 135 not out that gave England a one-wicket victory in the third Ashes Test at Headingley.

“The rivalry will be there throughout the series,” added Simmons, who played 26 Tests for West Indies. “Whenever the two guys are playing, they want to be competitive in all aspects.”

The first match in the three-Test series, which will be played behind closed doors in a bio-secure environment, begins on 8 July in Southampton.

Before that, West Indies start the first of two warm-up matches between players in their squad on Tuesday at Old Trafford, while England’s 30-man training group will gather in Southampton.

All England players and management staff will be tested for coronavirus on arrival, then will isolate individually for the first 24 hours as they await the test results.

They will begin training on Thursday, building up to an internal three-day warm-up match on 1 July, after which a squad for the first Test will be named.