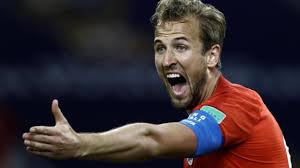 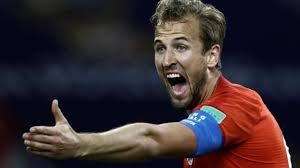 England’s players will only be allowed to bask briefly in the afterglow of the historic victory over Colombia that sent them into the quarter-finals of the World Cup.

Gareth Southgate’s squad have elevated excitement among England followers to fever pitch as they prepare to face Sweden after their first knockout stage win at a major tournament since 2006, and only their second penalty shootout win in eight attempts.

Once the dust has settled on a thunderous night in Moscow, England must plot their next step at this unpredictable, spectacular World Cup.

England come back down to earth
England manager Southgate and his squad were straight back down to business at their Zelenogorsk training base on Wednesday after that atmospheric night.

And while an England squad that has impressed with its modesty and focus since its arrival in Russia is unlikely to get carried away by the win that sent them into the World Cup’s last eight, Southgate will know it is now a case of all eyes on Sweden on Saturday.

England have their best chance to reach this sport’s most prestigious occasion since the despair of losing to Germany on penalties in the semi-final in Turin at Italia 90.

Sweden’s recent record confirms that complacency will be folly, but there is also no escaping that this group of England players – who survived the hothouse of Moscow’s Spartak Stadium as the massed ranks of Colombian fans virtually took over the arena in a blaze of sound and fury – have been presented with what may just be a once-in-a lifetime opportunity.

The next 10 days in Russia could be a case of now or never.

The draw, make no mistake, has fallen kindly for England and currently only Sweden, then Croatia or hosts Russia – suddenly riding a wave of national fervour after being dismissed before the tournament – stand between them and their first World Cup final since 1966.

England would not necessarily be favourites to achieve the feat, but their name goes alongside three teams they will genuinely feel capable of beating. And added intrigue comes with the fact all of those teams will feel equally the same. It is all up for grabs.

And while Southgate’s mantra will continue to be ‘one game at a time’, he will know that the nation is now daring to dream.