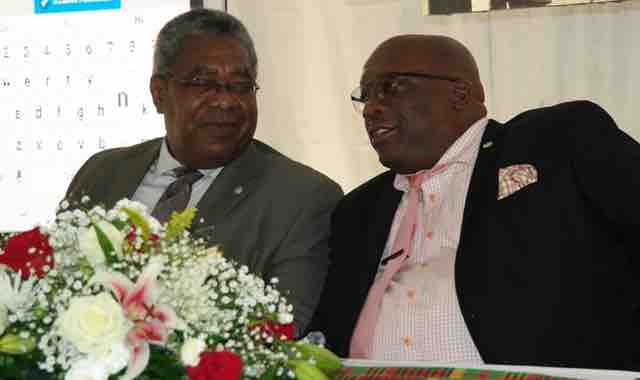 The building at the C A Paul Southwell Industrial Site was abandoned after mould and other issues surfaced resulting in the staff being relocated to The Cable building on Cayon Street.

Attorney General Vincent Byron, who has responsibility for Information and Communication Technology (ICT) said at the opening ceremony that ICT remains important for nation building, and considered the opening of the complex to be a new start for the centre and for the nation.

Referring to the government’s policies, Byron said, “We set out from the very beginning to create an agenda of nation building where we would want to have economic prosperity… We believe and we are proud of the gains that we have made over the last three years, but in particular, in the use of ICTs in this nation building framework.”

According to the Attorney General, in his capacity as Minister for ICT, the new facility will allow the Government to further push its ICT agenda, with the extensive work that will be pursued in the Centre.

He stated, “This centre, once you get beyond the walls [you would realize] that a lot is happening behind these walls. A lot will happen in the future to lift us up in this country, to make us more efficient and effective.”

Byron expressed the view that ICTs will enable young people in the country to pursue new careers, and explore opportunities that would enhance the growth and development of the country.