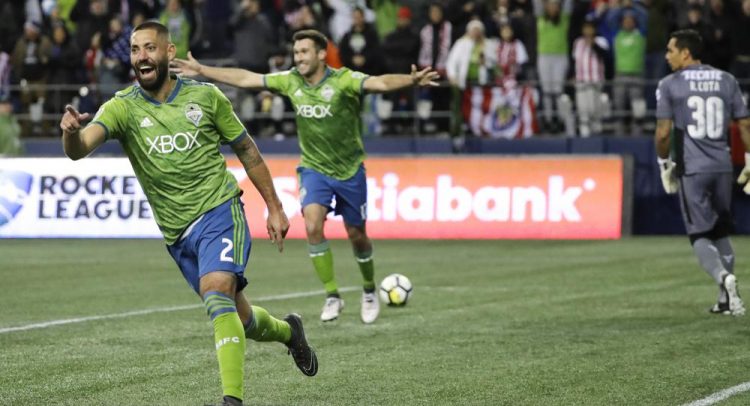 Clint Dempsey acknowledges the limelight changed him later in his career as he felt responsible for his club and American soccer.

Four years removed from playing and on the eve of his induction into the U.S. National Soccer Hall of Fame, he is free to be himself.

“I felt like when I first came into league, I was more open. I was more showing people my personality,” he said. “As you get older and then you start making more money and then the more pressure comes along with the role that you have, is almost like the opposite. I became more reclusive, didn’t want to bring too much drama that would add even more to the pressure and the expectations.”

“Personality-wise, Clint is different,” said Bruce Arena, Dempsey’s first and last U.S. coach. “He played with a chip on his shoulder. He wasn’t out to make friends. He was out to be a good player and score goals, and he did that. And he was never afraid to deal with a challenge.”

“I was always having to prove myself, and nothing was ever easy,” the 39-year-old Texan said, “but it’s what kind of gave me peace in the end, also, because it made everything that much better when it all worked out.”

Dempsey started as a holding midfielder, became a wide midfielder and ended as a forward. His best club years were in England with Fulham.

He returned to the U.S. with the Sounders in August 2013. becoming one of Major League Soccer’s high-salaried marquee names.

“I’d had a grandparent that had passed away,” he said, “and you start thinking about, man, being across the pond is really far away from everybody. And it also was an opportunity to take care of my family in a great way with what was offered to me to come back.”

Among the current generation, Christian Pulisic has spoken of the burden of being counted on in the big moments. Dempsey says his current job as a television broadcaster is more liberating.

“You have the pressure to perform, whether you’re being an analyst or doing something else, but it wasn’t the same kind of pressure that I felt by being a designated player and always needing to play at the highest level possible,” Dempsey said. “If things didn’t work out, I was the one being blamed. And then also throwing into the fact that the two heart procedures that I had towards the end were limiting me in terms of my performances.”

Dempsey’s 2016 season was cut short by an irregular heartbeat. He returned in 2017 and nearly prevented the U.S. from being eliminated from World Cup qualifying. He entered at the start of the second half and hit a post in the 77th minute of the infamous 2-1 loss at Trinidad and Tobago.

Nicknamed Deuce, his alias as a rapper early in his career and his jersey number with Seattle, Dempsey provided a fiery edge. He was dropped from the U.S. roster for a World Cup prep match at Germany in 2006 after the Revolution suspended him for a training field fight with club captain Joe Franchino.

Dempsey was a trailblazer in England, in 2012 becoming the first American to score a hat trick in the Premier League in Fulham’s 5-2 win over Newcastle.

He worked as an analyst for CBS’s Paramount network during qualifying and will broadcast for Fox during this year’s World Cup.

“You can just kind of talk, have fun, no agenda to push,” he said. “It’s what I feel passionate about. I like that it wasn’t week to week because I enjoy being retired. I love fishing and golf and hunting, running kids — I have five of them (19 months though 13 years). So I’m busy. I wouldn’t want to get a full-time, every-single-week role.”

FILE – Seattle Sounders forward Clint Dempsey, left, celebrates after he scored a goal on Guadalajara goalkeeper Rodolfo Cota, right, during the second half of a CONCACAF Champions League soccer match Wednesday, March 7, 2018, in Seattle. Four years removed from playing, Dempsey is set to be inducted into the U.S. National Soccer Hall of Fame on Saturday, May 21, 2022. (AP Photo/Ted S. Warren, File)