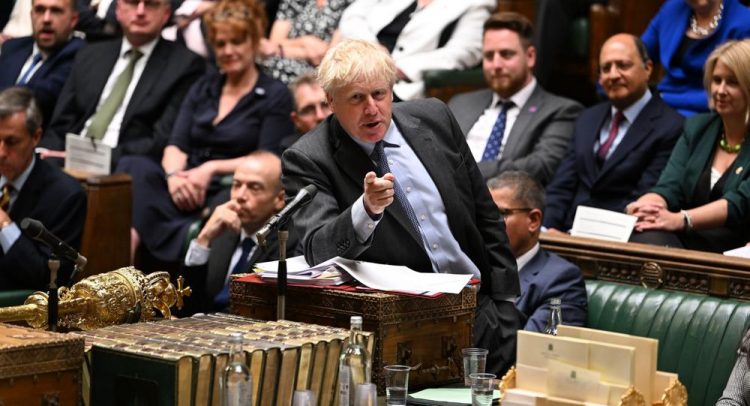 LONDON (AP) — The ethics advisor to scandal-hit Prime Minister Boris Johnson has quit and accused the Conservative government of seeking to flout conduct rules, weeks after an investigator’s report criticized the British leader for overseeing a culture of government rule-breaking.

Christopher Geidt stepped down late Wednesday with a terse statement saying “with regret, I feel that it is right that I am resigning from my post as Independent Adviser on Ministers’ Interests.” Johnson’s office said it was surprised by the decision.

In a resignation letter, which was published Thursday by the government, Geidt said he was put in an “impossible and odious position” because the government asked him to advise on measures which would “risk a deliberate and purposeful breach of the Ministerial Code.”

He did not elaborate but said: “I can have no part in this.”

In a response, Johnson indicated the issue concerned the imposition of tariffs to protect a “crucial industry” which might “be seen to conflict with our obligations” under the World Trade Organization.

Geidt had stayed in his job as Johnson was buffeted by allegations about his judgment and ethics culminating in the “partygate” scandal over parties in government buildings during Britain’s coronavirus lockdowns. Johnson was one of 83 people fined by police, and a civil servant’s report said Johnson and senior officials must bear responsibility for “failures of leadership and judgment” that created a culture of rule-breaking in government.

When he was quizzed by lawmakers this week, Geidt acknowledged he had felt “frustration” in his job, noting that he was appointed by the prime minister and so was not “truly independent.”

The resignation of his hand-picked ethics adviser is the latest blow for Johnson, who survived a no-confidence vote by his own Conservative Party last week. He has been left a weakened leader after 41% of Conservative lawmakers voted to remove him.

Geidt’s predecessor as ethics adviser, Alex Allan, also quit, stepping down in November 2020 after the prime minister ignored his finding that a Cabinet member had bullied her staff and broken the ministerial code of conduct — also usually a resigning offense.

“For the prime minister to lose one adviser on ministers’ interests may be regarded as a misfortune. To lose two looks like carelessness,” said Conservative lawmaker William Wragg, a critic of Johnson.

Geidt, a former private secretary to Queen Elizabeth II, had been accused of going easy on top officials in his investigations. Last year he cleared Johnson of breaking the ministerial code by failing to disclose that a Conservative party donor had funded a pricey refurbishment of the prime minister’s official residence.

In April he cleared Treasury chief Rishi Sunak of wrongdoing over his wife’s tax affairs and his possession of a U.S. permanent resident’s card.

Coach Welsh: The boys are ready to embark on this new journey

Cosby lawyer urges jurors to consider only proof from trial