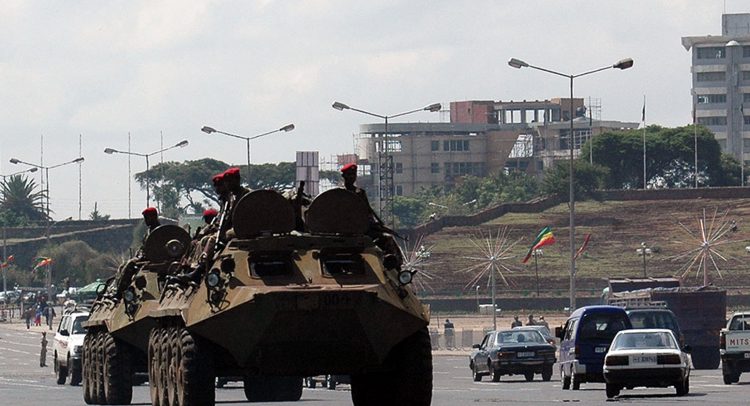 Ethiopia’s leader has warned that “the final and crucial” military operation will soon be launched against the government of the country’s rebellious northern Tigray region.

Prime Minister Abiy Ahmed said on Tuesday a three-day deadline to surrender had expired, paving the way for a final push on Mekelle, the region’s capital.

“The three-day ultimatum given to Tigray Special Forces and the militia to surrender to the national defence … ended today,” Abiy said in a statement posted on Facebook.

“The final critical act of law enforcement will be done in the coming days.”

Tigrayan forces fired rockets into Ethiopia’s neighbour Eritrea last weekend, escalating a conflict in which hundreds of people have been killed on both sides. The fighting threatens to destabilise other parts of Ethiopia and the Horn of Africa. More than 27,000 refugees have fled into Sudan.

The Tigray People’s Liberation Front (TPLF), which governs the region, said civilians had been killed in the attacks, allegations the task force denied.

Tigray TV showed what appeared to be a bombed-out residential area with damaged roofs and craters in the ground in Mekelle.

“I heard the sound of some explosions. Boom, boom, boom, as I entered the house,” the station quoted a resident as saying. “When I got out later, I saw all this destruction.”

With communications down and media barred, it is impossible to independently verify assertions made by any side.

“Security forces are telling us that Mekelle is the prize needed to defeat the TPLF, and in the next 48 hours they will be carrying out attacks on different sites in the capital of the Tigray region. They are calling this a ‘law-enforcement operation’ against ‘impunity’ to bring it to an end once and for all,” he said.

A “full-scale humanitarian crisis” is unfolding in Ethiopia, the UN refugee agency said on Tuesday, with more than 27,000 now having fled heavy fighting to Sudan.

Hungry, exhausted and scared refugees from the Tigray continue to arrive with terrifying accounts of war.

“These people are coming with knives and sticks, wanting to attack citizens. And behind them is the Ethiopian army with tanks. The knives and the sticks aren’t the problem, it’s the tanks,” said one refugee, Thimon Abrah. “They struck and burned the entire place.”

“When a man, or even a child, is slaughtered, this is revenge,” said another, Tedey Benjamin. “This is a tribal war.”

Alarmed African neighbours – including Uganda and Kenya – are calling for a peaceful resolution, but Abiy’s government regards the TPLF government as illegitimate after the region defiantly held a local election in September.

The TPLF had objected to the postponement of national elections until next year because of the COVID-19 pandemic and considers Abiy’s federal government illegal, saying its mandate has expired.

Tigrayan leaders say 44-year-old Abiy – who comes from Ethiopia’s largest ethnic group, the Oromo – has persecuted and purged them from government and security positions since taking office in 2018.

Federal forces claim to control Tigray’s western zone, where fighting has been heavy, and over the weekend said they seized the town of Alamata, 180km (110 miles) south of Mekelle.

Tigrayan leader Debretsion Gebremichael told the AFP news agency on Tuesday “the government and people of Tigray” would hold their ground.

“This campaign cannot be finished. As long as the army of the invaders is in our land, the fight will continue. They cannot keep us silent by military force,” he said.

Tigrayan forces might seek to dig in as the military advanced into the more mountainous terrain towards Mekelle, said Matt Bryden, founder of Nairobi-based regional think-tank Sahan.

“I would guess as they [the Ethiopian army] enter the highlands, heavier fighting is likely to start,” he said.

Officials in Ethiopia, Africa’s second-most populous country, did not say when the latest air raids outside Mekelle took place, but diplomats and military sources said they came mid-morning on Monday.

The raids were based on “information received of specific critical TPLF targets”, the task force said, adding no civilian targets were attacked.

Tigrayan leaders accused the government of striking a sugar factory and a dam.

Abiy has appealed for refugees to come home as his government promises the war will end quickly, though analysts fear a protracted conflict given considerable military muscle on both sides.

With hundreds of thousands of Tigrayans dependent on food aid even before the conflict, suffering is worsening fast even as the United Nations and aid agency staff are scaling back for security reasons.

A convoy of four buses and several cars, carrying about 400 foreigners from Mekelle, is expected to arrive in the capital on Wednesday, diplomatic sources said.

Another convoy carrying about 200 passengers, mainly workers for international organisations, reached the capital late on Monday.

The UN, the African Union, and various countries are pressing for talks, but Abiy has resisted, saying the government would only negotiate when it restored the rule of law in Tigray.

On Monday, Abiy sent his foreign minister to Uganda and Kenya to explain what the government describes as an internal conflict to leaders of those countries. Ethiopian officials said the visits do not mean negotiations are starting.

“A war in Ethiopia would give the entire continent a bad image,” Ugandan President Yoweri Museveni wrote on Twitter after the meeting. “There should be negotiations and the conflict stopped, lest it leads to unnecessary loss of lives and cripples the economy.”

The Nobel Committee, which awarded its prestigious peace prize to Abiy for his efforts to heal divisions with Eritrea, said late Monday it was “deeply concerned” over the fighting.

The federal forces comprise about 140,000 personnel and are battle-hardened from battling Somali fighters, rebels in border regions, and Eritrea in the past.

But many senior officers were Tigrayan, much powerful weaponry is there, and the TPLF has seized the powerful Northern Command’s headquarters in Mekelle.

The TPLF – itself is a formidable foe also with a proud history – spearheaded the rebel march to Addis Ababa that overthrew a Marxist dictatorship in 1991, and bore the brunt of the 1998-2000 war with Eritrea that killed hundreds of thousands.

Analysts warn the new fighting could jeopardise the recent opening up of Ethiopia’s economy and stir ethnic bloodshed elsewhere around the vast nation of 115 million people.

Main Photo: Ethiopian forces comprise about 140,000 personnel and are battle-hardened from conflicts with Somali fighters, rebels in border regions, and Eritrea in the past [File: Andrew Heavens via Reuters]