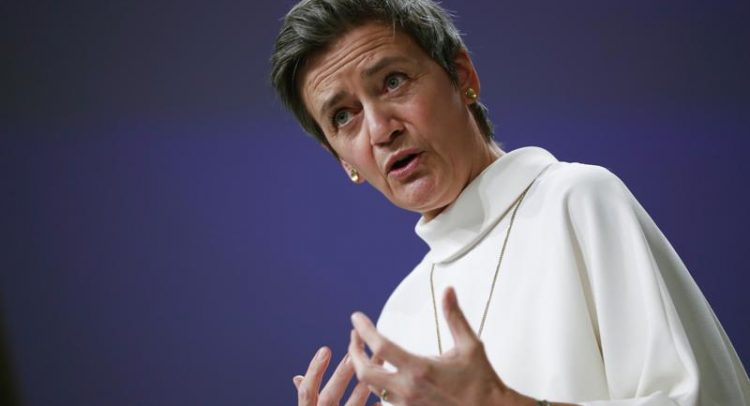 LONDON (AP) — European Union regulators are accusing Apple of violating the bloc’s antitrust laws, alleging that the company distorts competition for music streaming through rules for its App Store.

The EU’s executive Commission said Friday it objected to how Apple applies rules in its App Store to music streaming services competing with its own Apple Music service, saying that it ends up costing consumers more and limiting their choices.

One of the main concerns outlined by the EU centers on Apple’s practice of forcing app developers selling digital content to use its in-house payment system, which charges a 30% commission on all subscriptions.

The EU’s investigation, which followed up on a complaint from the popular music-streaming service Spotify, found that fees end up being passed on to consumers.

A second EU concern is that Apple prevents developers from telling users about cheaper ways to pay for subscriptions that don’t involve going through an app.

Apple rejected the charges, saying it was proud of its role in helping Spotify grow into a music streaming giant. The company also noted that Spotify doesn’t pay Apple a commission for most of its subscribers.

“Once again, they want all the benefits of the App Store but don’t think they should have to pay anything for that,” Apple said in a statement. “The Commission’s argument on Spotify’s behalf is the opposite of fair competition.”

The EU’s competition commissioner, Margrethe Vestager, said while Spotify had grown despite Apple’s rules, smaller music streaming players like Deezer and Soundcloud appeared to be hurt by them.

“Our concern is that Apple distorts competition in the music streaming market to the benefit of its own music streaming service, Apple Music,” she told reporters in Brussels.

Vestager noted that Apple Music isn’t subject to the same rules, which hurts rivals by raising their costs, reducing their profit margins and making them less attractive on the App Store.

Apple has 12 weeks to respond to the EU’s objections. Under EU competition law, companies could offer to make changes — Vestager indicated she thought “Apple should end the infringement” and not do anything that would have the same effect. Or else, companies could be fined up 10% of their annual revenue for breaches, which in Apple’s case could run into billions of euros, since the 27-nation bloc is a trading behemoth of 450 million people.

The European Commission’s move “is a critical step toward holding Apple accountable for its anticompetitive behavior, ensuring meaningful choice for all consumers and a level playing field for app developers,” Gutierrez said.

FILE – In this Tuesday, Jan. 26, 2021 file photo, European Commissioner for Europe fit for the Digital Age Margrethe Vestager speaks during a news conference on European project in battery value chain at the European Commission headquarters in Brussels. European Union regulators are accusing Apple of violating the bloc’s antitrust rules, alleging that the company distorts competition for music streaming through rules for its App Store. The EU’s executive Commission said Friday, April 30, 2021, it objected to Apple’s way of doing business, which it said ends up costing consumers more and limiting their choices. (AP Photo/Francisco Seco, Pool, File)

East Line Bus Terminal Back In Use