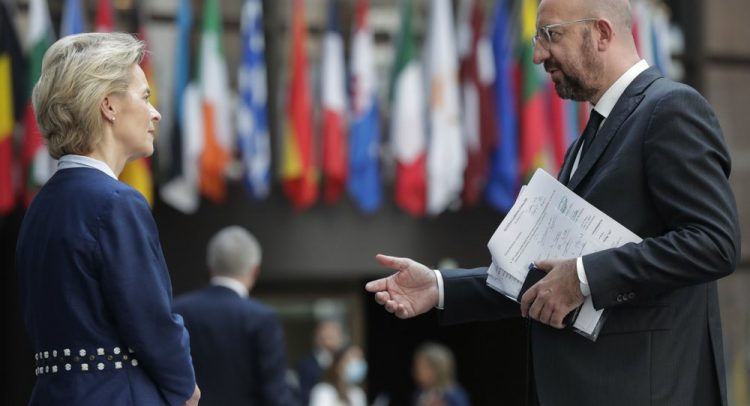 EU, China look to ease tensions, push on with business

The meetings are not expected to produce concrete results — no joint statement will be issued — but the Europeans hope it will boost slow-moving talks on an investment agreement and build some common ground for tackling thorny political issues at a face-to-face meeting, hopefully late in the year.

The EU sees China as a “systemic rival” that offers great opportunities but also presents many challenges. The coronavirus pandemic has created new obstacles, notably what Brussels sees as a China-orchestrated campaign of disinformation about the pandemic that could put lives at risk.

The meetings come at a time when China stands accused of trying to influence European officials and Borrell has twice denied in recent months that the External Action Service — a kind of EU foreign office that he leads — has bowed to Beijing’s pressure to alter documents.

While the 27-nation EU is China’s biggest trading partner, it is often divided in its approach to Beijing. Yet the new security law for Hong Kong has galvanized the bloc. EU member countries insist the law will undermine the territory’s autonomy, which was guaranteed in the “one-country, two-systems” framework.

Monday’s meetings were originally meant to be a summit on March 30, but the coronavirus pandemic pushed it off the agenda, along with another high-level event that was due to take place in September in the German city of Leipzig.

The Europeans will hold a news conference later Monday but no Chinese officials are scheduled to take part.