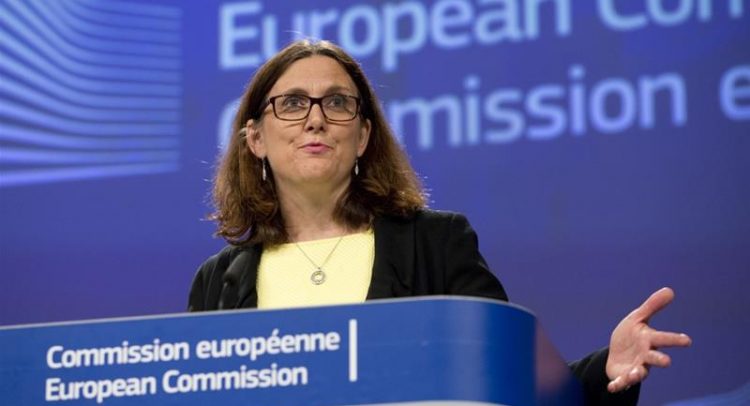 EU counter-tariffs against US come into effect on Friday — commission A raft of retaliatory tariffs from the European Union against stiff metals duties imposed by US President Donald Trump will come into effect on Friday, a top EU official said.

From blue jeans to motorbikes and whiskey, the EU’s hit-list of products targeted for tariffs with the US reads like a long list of emblematic American exports.

“We did not want to be in this position. However, the unilateral and unjustified decision of the US to impose steel and aluminium tariffs on the EU means that we are left with no other choice,” the bloc’s trade commissioner Cecilia Malmstrom said in a statement on Wednesday.

Brussels first drew up the list in March when Trump initially floated the 25 per cent tariffs on steel imports and 10 per cent on aluminium, which also target Canada, Mexico and other close allies.

Cranberries, cranberry juice, orange juice, sweetcorn and peanut butter are among the other food products targeted.

The list also hits clothing along with bed linen and men’s leather footwear, eye makeup and lipsticks, plus a host of steel products.

Canada and Mexico have also announced their own similar countermeasures just as an even greater trade skirmish pitting the US against China deepens.

Together the trade battles have raised the spectre of a global trade war, spooking financial markets that fear major consequences to the world economy.