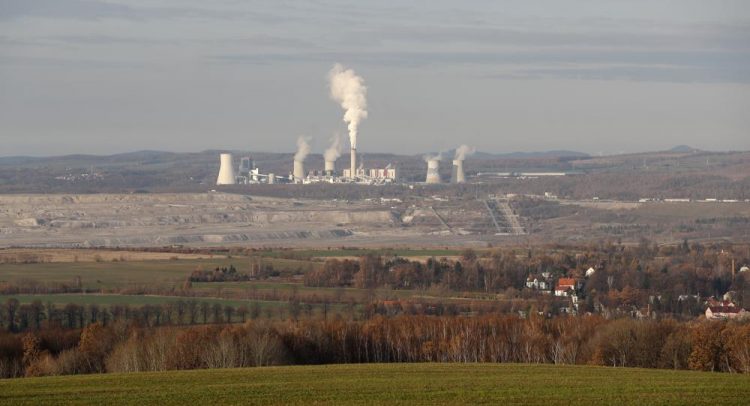 WARSAW, Poland (AP) — The European Union’s top court on Friday ordered Poland to immediately stop mining brown coal at the Turow mine, on the border with the Czech Republic and Germany.

The Czech Republic filed in March for an injunction, saying the open-cast lignite mine in Poland drains ground water away from inhabited areas and has other negative effects on Czech residents.

The decision by the EU’s Court of Justice is a temporary measure pending the court’s final judgement on Prague’s complaint.

Poland is heavily reliant on coal and had argued against the decision, which was praised by environmental campaigners.

“This ruling is a welcome reprieve for people living on the front line of this crisis, who have been forced to live with the mine gulping their drinking water and undercutting their houses,” said Kathrin Gutmann, campaign director for the Europe Beyond Coal group.

“The message for polluters like PGE is clear: The rules are the same for everyone, and they are there to protect everyone.”

In January, the German city of Zittau, just across the border from Turow, also took Poland to the EU’s court, saying the mine was harming the city and was draining away groundwaters.

Poland’s state PGE energy group, which runs the lignite mine, argues that the mine needs to continue operations for years to allow Poland to phase out black coal in line with the European Union’s climate policies.

It said on Twitter the court’s decision is a path toward a “wild,” uncontrolled transition to green energy that threatens an unplanned loss of jobs and livelihoods.

Planning to stick to coal mining beyond 2030 will mean that Poland’s region around Turow will miss out on EU’s funds for so-called Just Transition that economically helps localities that turn away from producing coal.

It would thwart Poland’s hopes of being the biggest beneficiary of the 17.5 billion-euro transition fund.

Black coal accounts for over 48% of Poland’s energy production compared with under 17% from lignite. Turow also has a lignite power plant.

Polish Climate Minister Michal Kurtyka recently extended the mine’s license until 2044. Poland’s new energy plan says the last black coal mine will be closed no later than 2049, but critics and environmentalists say the country’s inefficient coal mining must end sooner.

The court said the previous 2026 license for Turow had infringed EU laws because it was granted without prior environmental evaluation. The order by the court’s Vice President Rosario Silva de Lapuerta said “due to its negative effects” the Turow mine “must immediately cease lignite extraction activities.”

The Czech government filed the suit after not finding a solution in talks with Poland on the subject, but says the dialogue will continue.

FILE – This Tuesday, Nov. 19, 2019 file photo shows the Turow lignite coal mine and Turow power plant near the town of Bogatynia, Poland. European Union’s top court has on Friday, May 21, 2021 ordered Poland to immediately stop extracting brown coal at the Turow mine on the border with the Czech Republic and Germany. The Czech Republic filed in March for an injunction, saying the mine drains away water from its inhabited areas. (AP Photo/Petr David Josek, file)