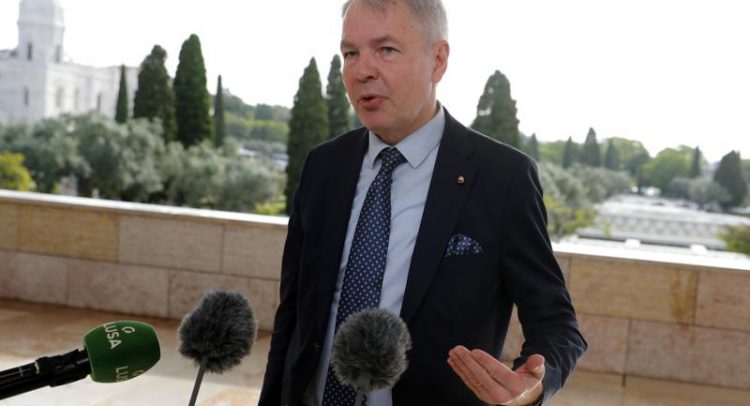 NAIROBI, Kenya (AP) — Ethiopia’s leaders in closed-door talks with a European Union special envoy earlier this year said “they are going to wipe out the Tigrayans for 100 years,” the envoy said this week, warning that such an aim “looks for us like ethnic cleansing.”

The remarks by Pekka Haavisto, Finland’s foreign minister, describing his talks with Ethiopian Prime Minister Abiy Ahmed and other ministers in February are some of the most critical yet of the Ethiopian government’s conduct of the conflict in Ethiopia’s northern Tigray region. They came in a question-and-answer session Tuesday with a European Parliament committee.

Ethiopia’s foreign ministry dismissed Haavisto’s comments as “ludicrous” and a “hallucination of sorts or a lapse in memory of some kind.”

Haavisto’s special adviser, Otto Turtonen, told The Associated Press that the envoy “has no further comment on this matter.”

For months, Haavisto has served as the EU’s special envoy on Ethiopia. In February he said he had “two intensive days in substantive meetings” with Abiy — the Nobel Peace Prize winner in 2019 — and other “key ministers” about the growing humanitarian crisis in Tigray, where thousands of civilians have been killed and famine has begun in a region of some 6 million people. Ethiopian and allied forces from neighboring Eritrea have been accused of atrocities while pursuing fighters supporting Tigray’s former leaders.

It is not clear from Haavisto’s remarks this week which Ethiopian officials made the comments about wiping out ethnic Tigrayans.

In comments shortly after those February meetings, Haavisto had warned that the crisis in Tigray appeared to be spiraling out of control.

The United Nations human rights office has said all sides in the conflict have been accused of abuses, but witnesses have largely blamed Ethiopian and Eritrean forces for forced starvation, mass expulsions, gang rapes and more.

Haavisto’s remarks emerged as Ethiopia prepares to vote in a national election on Monday, the first major test at the polls for Abiy as he seeks to centralize power under his Prosperity Party.

Abiy was awarded the Nobel a year after he took office and introduced dramatic political reforms while sidelining Tigray leaders who had dominated Ethiopia’s government for years in a coalition with other ethnic-based parties. Months of growing tensions between Abiy’s government and Tigray’s ruling party followed, and the prime minister in November accused Tigray forces of attacking a military base.

The EU and the United States have been outspoken about Tigray, with the U.S. last month announcing it has started restricting visas for government and military officials of Ethiopia and Eritrea who are seen as undermining efforts to resolve the fighting.

The U.S. earlier this year asserted that ethnic cleansing is occurring in western Tigray. The term refers to forcing a population from a region through expulsions and other violence, often including killings and rapes.

“It is critical that leaders within the EU are raising the alarm bell,” Human Rights Watch researcher Laetitia Bader told the AP. “There is now ample evidence of widespread atrocities having been committed against civilians in Tigray. … But so far the international response is nowhere near matching the magnitude of the crisis.”

She called on the EU to take “further concrete steps, bilaterally and in international fora, to prevent further atrocities and human suffering.”

FILE – In this Thursday, May 27, 2021 file photo, Finland’s Foreign Minister Pekka Haavisto speaks with the media in Lisbon. A European Union envoy says Ethiopia’s leaders told him in closed-door talks earlier this year that “they are going to wipe out the Tigrayans for 100 years.” The envoy, Pekka Haavisto, Finland’s foreign minister, says such an aim “looks for us like ethnic cleansing.” Haavisto spoke in a question-and-answer session Tuesday, June 15 with a European Parliament committee. (AP Photo/Armando Franca, file)