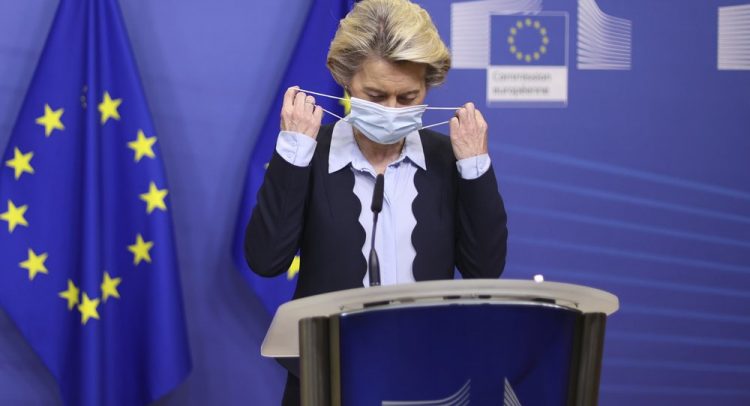 BRUSSELS (AP) — EU leaders will on Thursday try to find ways to resolve a diplomatic dispute with members Poland and Hungary to unlock a 1.8 trillion-euro ($2.1 trillion) budget and recovery package aimed at putting the economy back on track after the pandemic.

Several EU countries, including France, have already warned they don’t expect the talks, initially planned to focus on the COVID-19 crisis, will settle the bloc’s latest crisis.

The deal for the budget and recovery fund looked well on track to enter into force in January – until Hungary and Poland vetoed it this week. They objected to a new “rule-of-law mechanism” that would allow the bloc to deny funds to countries that violate democratic norms — something that both Poland and Hungary have been accused of doing for years.

The dispute risks delaying the rollout of funds that are urgently needed to weather the economic impact of a new wave of coronavirus infections that risks pushing the region into another recession.

“It is in the interest of everyone that we move quickly on this. People’s jobs depend on this,” EU commission vice-president Frans Timmermans said. “Our economic recovery depends on this. All that is being asked of member states is to respect the treaties they have signed and ratified. That’s it.”

Poland and Hungary say they vetoed the budget for 2021-2027 and the massive aid plan because they think the “rule-of-law” mechanism will be used as an ideological weapon to punish them.

In September, the EU’s executive commission said in its first report on adherence to the rule of law that democratic standards face big challenges in Hungary and Poland, noting threats to the judicial systems, anti-corruption frameworks and media freedom. The EU has opened legal procedures against the two countries over what it considers systemic threats to the rule of law.

“All I can say is that many member states of the European Union are watching very carefully how the issue of rule of law is handled,” said German Foreign Minister Heiko Maas, whose country currently holds the rotating presidency of the EU Council.

He added that many member countries were not prepared to compromise.

“That’s why the starting point is difficult, and at the same time many countries in Europe are waiting for the funds to be released. The precondition for that is that we find a solution.”

In France, European affairs minister Clement Beaune warned that if Poland and Hungary stick to their positions, all other member states could try to find a way forward without the pair.

“As a last resort, we would look at ways to go ahead without the countries who block, as Europe can’t be held hostage by a certain number of governments who don’t want to move forward,” Beaune said.

Guy Verhofstadt, an influential lawmaker, echoed Beaune’s stance in proposing that the 750 billion-euro recovery fund could be implemented anyway.

“This means we could finance the recovery fund by contributions and new own resources from 25 member countries, limited to the projects introduced by the governments of the 25 countries that apply the criteria, including a solid rule of law mechanism,” he wrote in an op-ed letter “Like the euro, it would be open for Hungary and Poland to join once they fully accept and fulfil the conditions.”

In terms of the budget, if leaders fail to break the stalemate before the end of the year, the bloc will continue to spend but function on limited resources, with a maximum of one twelfth of the budget for the previous financial year to be spent each month. Many projects for Poland and Hungary could be held up.

Main Photo: In this Nov. 16, 2020, file photo, European Commission President Ursula von der Leyen removes her face mask as she arrives to give a statement at the EU headquarters in Brussels. The European Union still hasn’t completely sorted out its messy post-divorce relationship with Britain — but it has already been plunged into another major crisis. This time the 27-member union is being tested as Poland and Hungary block passage of its budget for the next seven years and an ambitious package aimed at rescuing economies ravaged by the coronavirus pandemic. (Kenzo Tribouillard, Pool Photo via AP, File)

Life Is Too Precious To Go Up In Smoke