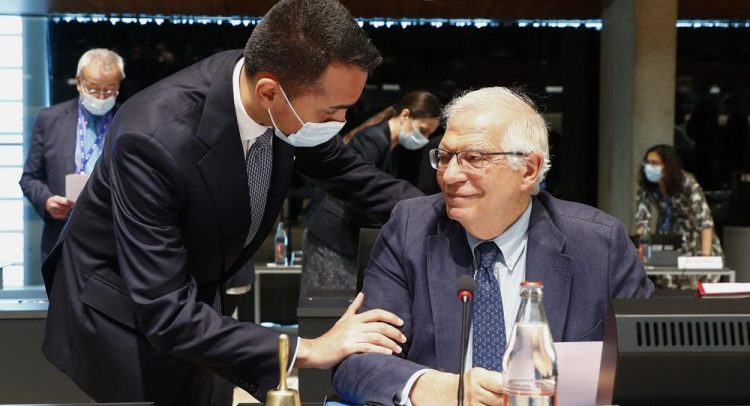 BRUSSELS (AP) — The European Union on Monday imposed sanctions on several senior officials and organizations in Myanmar over the military coup in February and the security crackdown that followed.

The EU imposed travel bans and asset freezes on 8 officials and froze the assets of 3 “economic entities” and the War Veterans Organization.

Those targeted include ministers, deputy ministers and the attorney general, whom the EU blames for “undermining democracy and the rule of law, and for serious human rights violations.”

The entities are either state-owned or controlled by the Myanmar armed forces.

“By targeting the gems and timber sectors, these measures are aimed at restricting the junta’s ability to profit from Myanmar’s natural resources, while being crafted so as to avoid undue harm to the people of Myanmar,” an EU statement said.

Last week, the United Nations’ office in Myanmar expressed concern about escalating human rights abuses after reports that a group opposed to the junta may have executed 25 civilians it captured and allegations that troops had burned down a village.

The struggle between the military regime that took power in February after ousting the elected government of Aung San Suu Kyi and those opposing it has sharpened in recent months.

Elements of what had initially been a nonviolent civil disobedience movement have evolved into a fledgling armed resistance force in response to harsh repression from police and soldiers who killed hundreds of peaceful protesters and bystanders.

The EU has now imposed sanctions on a total of 43 officials and 6 organizations in Myanmar. It also has an arms embargo in place, as well as a ban on equipment that can be used for internal repression or for monitoring communications.

At 35, Felix makes a comeback and lands her 5th Olympics