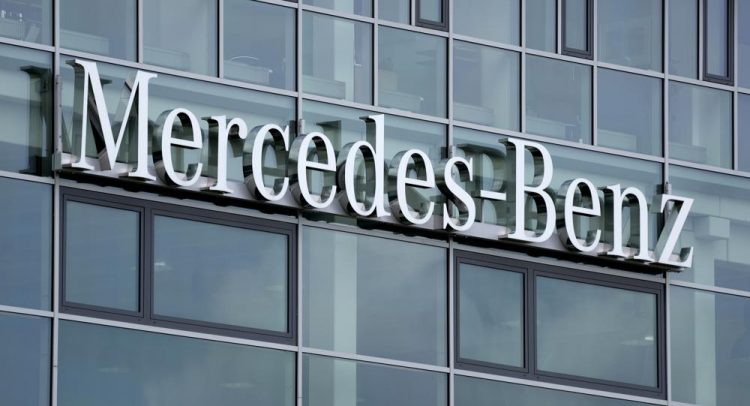 By DAVID McHUGH and COLLEEN BARRY

FRANKFURT, Germany (AP) — Europe is contemplating sanctions against Russia if it invades Ukraine — and the work is far from simple.

Sanctions would seek to maximize the pain for the Kremlin, its key banks and energy companies but also avoid jeopardizing the continent’s Russian-dependent energy supplies or inflicting too much damage on European companies with strong ties to Russia, including German industrial manufacturer Siemens AG, Italian tiremaker Pirelli and automakers like Volkswagen and Mercedes-Benz.

Russia has ties to world energy and financial markets and is home to major foreign partnerships and investments, so any measures will have repercussions outside the country. The question is how much.

The European Union’s executive commission isn’t revealing the sanctions it’s discussing in order to leave the Kremlin guessing. Officials say measures would be more sweeping and severe than those imposed in 2014 after Russia annexed Ukraine’s Crimea peninsula.

Here are places where sanctions could affect Europe’s economy:

Given that it’s not known what the measures would be, European corporations are warily watching developments and limiting their comments to hopes for a diplomatic solution.

BMW said “politics sets out the rules within which we operate as a company” and that “if the framework conditions change, we will evaluate them and decide how to deal with them.”

Siemens AG, which gets about 1% of its revenue from Russia, is developing a new generation of high-speed trains with Russian partners to be built at a plant there. Siemens Energy, part-owned by Siemens AG, is building power plants and equipment for 57 wind farms in Russia.

European automakers have an extensive presence. Volkswagen, Stellantis, Renault and Mercedes-Benz have factories in Russia, while BMW makes cars there through Russian partner Avtotor. France’s Renault owns Russia’s biggest carmaker, Avtovaz, with its sprawling plant in Togliatti. Stellantis plans to import commercial vans under its Peugeot, Opel and Citroen brands from its plant in Kaluga to meet Europe’s increased demand for delivery services.

Italian tiremaker Pirelli, which is Chinese owned, operates two factories employing some 2,500 people in Russia, producing tires mostly for the domestic market but also for export.

He and other CEOs met with Russian President Vladimir Putin last month to discuss business prospects.

Italy’s agribusinesses lost big when Russia imposed retaliatory import bans on produce, cheese and meat in 2014. Despite the new tensions, the Confartigianato association of craftsmen in Italy’s northeastern Vicenza province is pressing ahead with a virtual product fair in Moscow next month. Those seeking to participate include the makers of Panettone Christmas bread, Colombo Easter bread and winemakers, products that don’t fall under the embargo.

“Frankly, we don’t do geopolitics,” CEO Carlo Messina said. “We respect the rules, but we serve Italian customers, and we do it in all countries, including in Russia. If the rules should change and present an impediment, we will take the necessary steps.”

WHAT SANCTIONS WOULD HIT

Much of the discussion has centered on big Russian banks, which could face measures from limits on borrowing to restrictions on transactions involving dollars.

Another target could be energy companies such as Rosneft and state-owned Gazprom, which could face bans on borrowing from Western investors and creditors. That would limit their ability to invest in new projects but would not immediately cut off energy supplies to Europe, which gets some 40% of its natural gas from Russia and is facing low reserves and high prices this winter.

A key aspect will be to avoid disproportionate losses to Europe’s economy or companies. Otherwise, it may be difficult to rally support among the 27 EU member governments, which would have to agree unanimously on sanctions.

For example, Russian natural gas producer Novatek could be a possible target for sanctions, but 19.4% of the company is owned by France’s TotalEnergies, meaning harsh sanctions would require some “diplomatic finesse” given the connection to a NATO ally, said former U.S. diplomat Dan Fried, who crafted the 2014 sanctions against Russia.

Sanctions also could open the door to competitors from China and other countries that wouldn’t punish Russia. After the 2014 sanctions banned exporting equipment with potential military use to Russia, some smaller German machinery companies gave up rather than deal with the bureaucracy and risk of unintentionally violating complex rules.

As a result, Chinese machinery makers surpassed German ones as suppliers to Russia in 2016. Overall, the number of German companies doing business in Russia dwindled from 6,000 in 2010 to 3,500 in 2021.

In a November report, CAR said the parts were discovered in downed or crashed drones in Ukraine and Lithuania. Lead author Damien Spleeters said companies making electronics that can be used for both civilian and military purposes aren’t generally required to check on the end use of their sales ahead of time.

The Kremlin has taken steps to reduce its economic dependence on other countries and outside sources of financing. It has low government debt and $630 billion in reserves of foreign currency and gold. Russian companies have pushed to source parts locally, even when working with European partners.

But Harley Balzer, an expert on Russian-Chinese relations and an emeritus professor at Georgetown University, wrote in a recent analysis that despite those efforts, “localization is highly vulnerable to additional sanctions.”

Barring Russia from getting U.S. electronic components could be a key pressure point, he says, because Russian defense industries import some 20-30% of their electronics and China doesn’t produce the sophisticated chips and processors Russia needs.

While Russia is a major energy supplier, it sends few other goods to Europe.

“Despite its size and potential, Russia’s badly managed economy is not a major market for Europe,” said Holger Schmieding, chief economist at Berenberg bank.

Germany, Europe’s biggest economy, sends only 1.9% of exported goods to Russia, compared with 5.6% to neighbor and fellow EU member Poland.

Schmieding said Europe is almost through winter and could probably manage any temporary drop in natural gas from Russia. A long-term reduction isn’t in Russia’s interest.

“Some losses in non-energy trade with Russia as a result of sanctions and countersanctions would likely have an almost negligible impact on Europe’s growth outlook beyond the next one or two months,” he said.

FILE – A logo of the German car manufacturer Mercedes Benz is pictured in Berlin, Germany, on June 25, 2021. European governments are contemplating new sanctions against Russia if it invades Ukraine – and it’s going to be complicated. Sanctions would aim to maximize the pain for the Kremlin, its key banks and energy companies but also avoid jeopardizing the continent’s Russian-dependent energy supplies or inflicting too much damage on European companies with strong ties to Russia. (AP Photo/Michael Sohn, File)

US accuses China of backing away from free-trade commitments