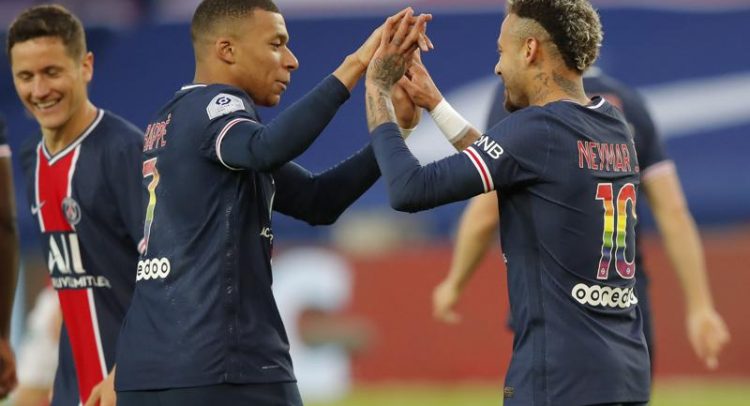 GENEVA (AP) — Several rebel Super League clubs are facing some harsh realities. Two of the five top leagues are still awaiting a champion. And some some clubs with rich histories are facing relegation.

This year’s pandemic-affected European soccer season is wrapping up in many countries around the continent this weekend, with plenty still to play for.

Atlético Madrid is the surprise leader in Spain and Lille is an even bigger shock in France. Both can clinch their league titles with one final victory, with Real Madrid and Paris Saint-Germain, respectively, at their heels.

Manchester City, Bayern Munich and Inter Milan have already won their league titles, but many of their rivals are still chasing Champions League qualification, which is crucial for their image and their finances.

Some leagues will continue to play until May 29, ending only hours before Man City and Chelsea begin the Champions League final in Porto, Portugal.

Manchester United could win the first part of European double for the English city on Wednesday when it faces Villarreal in the Europa League final in Gdansk, Poland.

The season finales in the top leagues will be spread out through the weekend, with Spain playing its matches on Saturday at 1600 GMT. Sunday is more packed, starting with all 10 Premier League matches at 1500 GMT, Italy’s keys games kicking off at 1845 GMT, and France starting 15 minutes later at 1900 GMT.

Atlético leads the Spanish standings by two points but Real Madrid would win the title on a better head-to-head record if they finish even.

Atlético, which let a big mid-season lead slip away, will visit Valladolid on Saturday, while Real Madrid hosts seventh-place Villarreal at the same time. There is plenty at stake for the other two teams as well, with Valladolid needing a victory to have a chance of avoiding relegation and Villarreal looking to ensure at least a spot in the Europa League for next season.

The matches in France come a day later.

Lille, which leads the league by one point, plays at Angers, a team with little to play for in the middle of the standings. Defending champion PSG, however, will face a Brest team which can be dragged into a relegation playoff.

Even third-place Monaco, which plays at Lens, could win the French title. It could also drop to fourth behind Lyon and fail to even enter the Champions League qualifying rounds.

In other title races, the Danish league will be won by either Brondby or Midtjylland on Monday. Maccabi Haifa has the edge over Maccabi Tel Aviv for its first Israeli title in 10 years.

For a European club from a major market, the drop in expected revenue between playing in the Champions League or the Europa League would be 50-70 million euros ($61-$86 million).

All three of those clubs were founding members of the doomed Super League project that flared up quickly and died just as fast last month, adding spice to the jeopardy they now face.

AC Milan is in third place in Serie A, though with the toughest game at second-place Atalanta. Fifth-place Juventus travels to Bologna and could even rise to third if fourth-place Napoli slips up at home against Verona.

Failure for Juventus would be further humiliation for club president Andrea Agnelli after the Super League fiasco. UEFA could yet ban Juventus — and Real Madrid and Barcelona — if they continue refusing to renounce the Super League.

Fifth place would also likely cost former midfield great Andrea Pirlo his job after only one season as Juventus coach.

Liverpool’s late surge after a slumping start to 2021 has put it in fourth place ahead of hosting Crystal Palace — a team coached by former Reds manager Roy Hodgson.

All four of the Champions League places in England are currently held by Super League rebels, while popular underdog Leicester has faltered in May for the second straight year and is currently in fifth place.

Leicester beat Chelsea to win the FA Cup on Saturday, then lost on Tuesday at Stamford Bridge in a match that included a mass brawl. That result lifted Chelsea, which can also qualify for next season’s Champions League by beating Man City in the final, to third.

Chelsea travels to Aston Villa for its final match while Leicester hosts Tottenham, which is in seventh place and holds the spot that earns a place in the new third-tier Europa Conference League.

Tottenham could fall out of European qualification altogether, and even be overtaken by neighbor Arsenal, which hosts Brighton. Everton is also contending but visits Man City.

Union Berlin could qualify for the Europa Conference League in only its second season in the Bundesliga. The seventh-place club hosts Leipzig on Saturday.

Werder Bremen’s successful past includes winning the Cup Winners’ Cup in 1992 and reaching the UEFA Cup final in 2009, but the German club is currently in the relegation playoff place before hosting Borussia Mönchengladbach on Saturday.

The team could go down directly if 17th-place Cologne beats already-relegated Schalke.

Slavia Prague can join them with two games left in the Czech league, which ends on May 29.

PSG’s Neymar, right, celebrates with PSG’s Kylian Mbappe after he scores his sides first goal during the French League One soccer match between Paris Saint-Germain and Reims at the Parc des Princes stadium in Paris, France, Sunday, May 16, 2021. (AP Photo/Michel Euler)

The Latest: Pfizer-BioNTech pledge 2B doses to poor nations