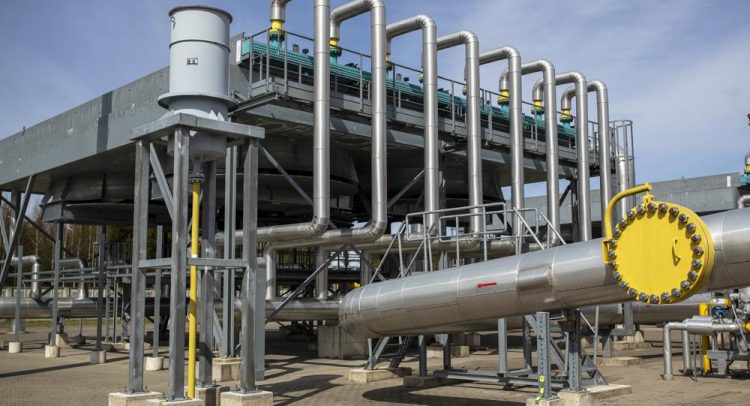 While Europeans bask in the warmth of spring, governments are in a race against winter.

Europe is trying to cut use of Russian natural gas because of the war in Ukraine, but still find enough fuel to keep the lights on and homes warm before it gets cold again.

That has sent officials and utilities racing to fill underground storage with scarce supplies of natural gas from other producers — competition that further raises already high prices as utility bills and business costs soar. Italy has announced new supplies from Algeria, while Germany has outlined an energy partnership with Qatar, a major supplier of liquefied gas that arrives by ship.

While those deals offer a long-term boost, they likely will have little impact on the crucial winter supplies that will be decided in the next several months. For now, the scramble in Europe is a zero-sum game: There’s little or no spare gas available to snatch up, and any supply that a country manages to get comes at the expense of someone else in Europe or Asia.

The limited number of export terminals for liquefied natural gas in Qatar, the U.S. and other LNG-exporting countries are booked solid, and new ones will take years and billions to build. On top of that, a plan for the 27-nation European Union to buy gas jointly looks good on paper but faces practical hurdles.

“There’s no additional supply,” said James Huckstepp, manager for Europe, Middle East and Africa gas analytics at S&P Global Commodity Insights. “The increase in LNG that we’ve received is mostly thanks to demand destruction and switching in Asia. And there’s limits to that.”

Asian users have been moving to oil or coal, and Chinese demand has dropped amid COVID-19 lockdowns.

The EU’s executive commission has proposed conservation, renewable development and other measures to reach that goal, with Germany and other countries heavily dependent on Russian gas opposing calls for an immediate gas cutoff. S&P Global Insight expects that Europe won’t eliminate most Russian gas until 2027.

To aid that effort, Italian Premier Mario Draghi signed an agreement last month between Italy’s energy company Eni and Algeria’s Sonantrach to boost gas through a pipeline under the Mediterranean Sea. Eni said the deal would increase volumes this year and reach up to 9 billion cubic meters a year in 2023-24.

Huckstepp said the deal was unlikely to result in the full amount “without cutting exports elsewhere, or spot sales elsewhere.”

Gas contracts signed by individual countries don’t indicate whether new volumes are new production or would be subtracted from gas another nation expects to receive, said Matteo Villa, an analyst at ISPI think tank in Milan.

“And you don’t know, is the new gas because Algeria is producing more or because they are taking it from Spain?” Villa said. “If they don’t manage to increase production, then they will have to steal it from Spain.”

Italy also has reached deals with Azerbaijan, Angola and Congo, but Villa has doubts: “They will arrive when they get here.”

Germany’s energy partnership with Qatar, meanwhile, hasn’t led to signed contracts or specified deliveries yet and appears aimed at longer-term supplies rather than those for this winter.

The key to future supply is new investment, such as export facilities planned on the U.S. Gulf Coast. But those won’t begin coming online until 2024 at the earliest.

Complicating the race against winter are several minor but worrying interruptions. Ukraine’s pipeline operator halted supplies through a pipeline leading to Europe last week, saying it had lost control of a compressor station in Russian-held territory.

Soon afterward, Russian state-owned supplier Gazprom said it would no longer send gas through a pipeline across Poland after Moscow sanctioned some European energy companies. The amounts of gas lost are small but raise the possibility of escalating disruption ahead of the cold months.

“Storage levels are currently sufficient to last through most of 2022, even if Russian flows were to stop instantly, barring any unexpected weather events — but the outlook for winter 2022 supply is now a lot more pessimistic,” said Kaushal Ramesh, senior analyst at Rystad Energy.

Europe’s collective gas storage level is 37%, an improvement of 5% over the same time last year. Mild weather allowed the continent to scrape through last winter.

Not all countries are in the same place on reserves. Poland has filled 84% of its storage. And none too soon. Gazprom cut off gas to Poland and Bulgaria after they refused demands to make payments in rubles.

Germany’s storage is at just 38%. EU law provides for sharing in a crisis but that would depend on the availability of pipelines running in the right direction, which isn’t always the case.

Ramesh said the recent disruptions could speed up plans for a buyer’s alliance at the EU level, which could use the bloc’s size to leverage reliable supply and stable prices from suppliers.

The “common platform” for gas purchases has held a first meeting with representatives of the EU’s 27 member states. The panel is expected to coordinate outreach to foreign suppliers and “allow moving, when appropriate, towards joint purchases.” That framework raises several questions, including how the jointly purchased gas would be distributed.

Draghi, Italy’s leader and a former European Central Bank president, also floated the idea of creating cartels of buyers that would use their purchasing power to set price caps for natural gas.

The tight market “is going to mean high prices for the end users in Europe for a while longer, and we’re only really just starting to see the start of that,” Huckstepp said.

“It’s definitely going to be an interesting winter next winter,” he added.

FILE – A view of hardware of the Jauniunai Gas Compressor station, near Vilnius, Lithuania, ON May 5, 2022. Europeans are basking in the warmth of spring, but their governments are in a race against winter. They’re trying to fill underground reserves while still cutting use of Russian natural gas over the war in Ukraine. It’s a big job because there’s not a lot of gas available in a tight global market. More gas export terminals will come online in 2024 to supply liquid gas by ship. But for now, plans to cut gas use from Russia and still fill reserves is a tall order. (AP Photo/Mindaugas Kulbis, File)