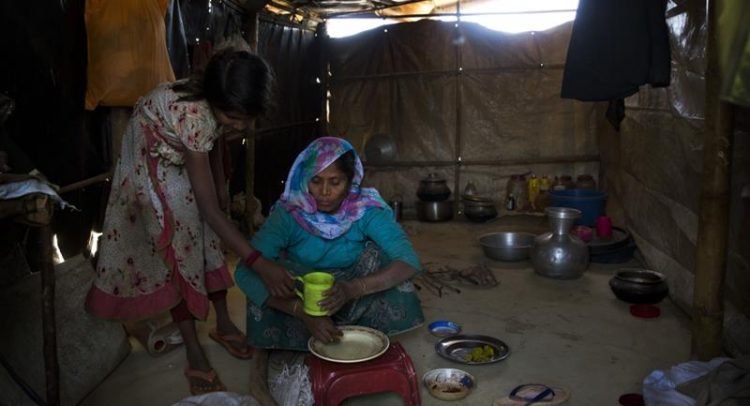 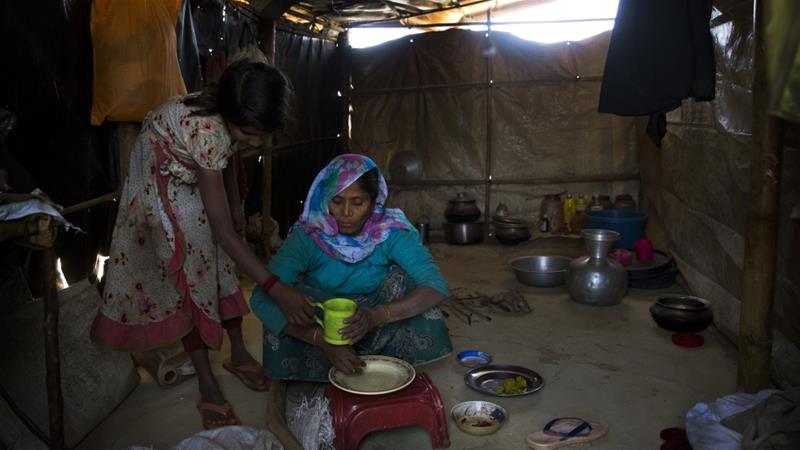 Scores of Rohingya villagers in Myanmar have been massacred and buried in 5 mass graves, according to an exclusive investigation by the Associated Press news agency.

The report by the news agency on Thursday includes witness testimony from two dozen survivors and relatives of victims, as well as time-stamped mobile phone footage of the aftermath of the attack.

Estimates suggest 400 members of the persecuted minority were killed by Burmese troops.

In one massacre, a group of men were picking teams for a local football-like game called ‘chinlone’ in the village of Gu Dar Pyin, when soldiers began firing at them.

A survivor named Noor Kadir later found six of his friends buried in two separate mass graves. He said the bodies of the victims were only recogniseable through the colour of their shorts.

The mass killing is believed to have taken place on August 27 and survivors told the Associated Press that soldiers had tried to cover up evidence of the atrocity.

Video obtained by the agency indicates attempts at using acid to remove the bodies.

The remains contained inside the shallow graves rose to the surface after heavy rainfall and survivors were able to film the evidence.

Phil Robertson of Human Rights said the report “raises the stakes for the international community to demand accountability from Myanmar” and underlined the need for a UN-led arms embargo on the country.

“The AP’s report that (soldiers) brought along to Gu Dyar Pin village containers of acid to disfigure the bodies and make identification more difficult is particularly damning because it shows a degree of pre-planning of these atrocities,” Robertson said.

“It’s time for EU and the US to get serious about identifying and leveling targeted sanctions against the Burmese military commanders and soldiers responsible for these rights crimes.”

UN special envoy on human rights in Myanmar,Yanghee Lee told reporters on Thursday the killing and disposal of the bodies bear “the hallmarks of a genocide”.

When asked about violence against the Rohingya minority at the hands of the Burmese military, Lee responded that “you can see it’s a pattern”.

However, the UN rights envoy said she was unable to make a declaration regarding “genocide” until international tribunals could weigh the evidence.

Myanmar has previously admitted responsibility for one mass grave containing 10 bodies in the village of Inn Din.

The killings happened in September but authorities only acknowledged them after the discovery of the mass grave in December, claiming those who had died were “terrorists”.

Amnesty International described the December discovery as just the “tip of the iceberg”.

Since August 2017, more than 655,000 Rohingya have fled Myanmar to neighbouring Bangladesh fleeing what the UN describes as “textbook genocide”.

Myanmar’s military claims that it is fighting what it terms “terrorists” but survivors crossing into Bangladesh bring with them accounts of mass killing, rape, and the burning down of homes.

Bangladesh and Myanmar have agreed a deal to send Rohingya refugees back. As part of the repatriation deal, Rohingya will be held in holding centres, which Rohingya activists have called “concentration camps”.

Widely regarded as one of the most persecuted minorities in the world, the mainly Muslim Rohingya people, are denied citizenship by the Burmese government, which claims they are not native to Myanmar.