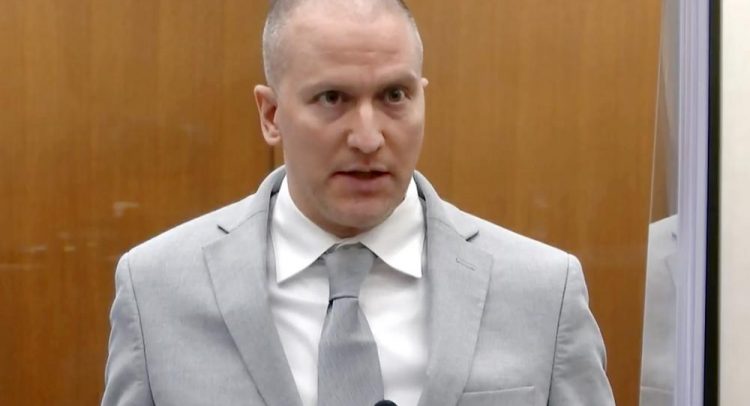 Ex-cop Chauvin to get federal sentence for Floyd’s killing

MINNEAPOLIS (AP) — Derek Chauvin will learn his sentence Thursday for violating George Floyd’s civil rights, with a deal in place that will extend the time the former Minneapolis police officer already is spending behind bars for killing Floyd while shifting him to possibly more favorable conditions in a federal prison.

Chauvin agreed to a sentence of 20 to 25 years in his December plea to a federal charge in Floyd’s killing. U.S. District Judge Paul Magnuson will make the final decision, with prosecutors seeking the full 25 on the grounds that Chauvin’s actions were cold-blooded and needless.

They also noted that Chauvin’s plea included an admission that he violated the rights of a then-14-year-old Black boy whom he restrained in an unrelated case in 2017, and argued that he had a history of misusing restraints.

The defense has asked for 20 years, saying Chauvin accepts responsibility for what he did and has already been sentenced to 22 1/2 years in prison by a state court in Floyd’s murder. Attorney Eric Nelson wrote that Chauvin’s “remorse will be made apparent to this Court,” suggesting Chauvin will likely speak at Thursday’s hearing.

Former U.S. Attorney Tom Heffelfinger said a judge could take such a statement into consideration during sentencing.

“This is his opportunity to say, ‘I’m sorry, I didn’t mean to, I didn’t think, or whatever,’” Heffelfinger said. “In federal court it’s very much to the inmate’s advantage to be remorseful, and to demonstrate remorse, even more than at a state sentencing.”

Chauvin briefly addressed Floyd’s family at his state sentencing hearing in May 2021, offering condolences. Relatives of Floyd gave victim impact statements then, and have the right to do so Thursday. The family’s attorneys did not respond to messages seeking comment on their plans.

In entering his federal plea, Chauvin for the first time admitted that he kept his knee on Floyd’s neck — even as the Black man’s pleaded, “I can’t breathe,” and then became unresponsive — resulting in Floyd’s death. Chauvin, who is white, admitted he willfully deprived Floyd of his right to be free from unreasonable seizure, including unreasonable force by a police officer, during the May 2020 arrest.

Floyd’s killing sparked protests in Minneapolis and around the world in a reckoning over police brutality and racism.

That was one of several cases mentioned in state court filings that prosecutors said showed Chauvin used neck or head and upper body restraints seven times dating back to 2014, including four times state prosecutors said they went beyond the point force was needed.

For his own protection, Chauvin has been held in isolation in a 10-by-10-foot room at the state’s maximum security prison that he’s allowed to leave for an average of one hour per day for exercise.

Defense attorney Eric Nelson said in a court filing last month that Chauvin might never be placed in a prison’s general population because of the risks of him becoming a target.

Chauvin’s plea deal calls for him to serve the federal sentence at the same time as the state one, and to serve it in federal prison. He’s expected to serve more time behind bars than he would have faced on the state sentence alone.

However, experts say Chauvin might be safer, and live under fewer restrictions, in a federal prison. His security level and final destination will be up to the U.S. Bureau of Prisons, which could send him anywhere in the country.

Chauvin would run the risk in the general population of a Minnesota state prison of encountering inmates he had arrested or investigated. While he can’t totally escape his notoriety in a federal prison elsewhere, he’s unlikely to encounter inmates with whom he has a direct connection. If the bureau decides he’s safe enough in the general population, he would have more opportunities to move about the facility, to work and to participate in programming.

With credit for good time in the federal system, he could serve anywhere from 17 years to 21 1/4 years behind bars, assuming the judge sticks to the range in the plea agreement. In the state system alone, Chauvin could have become entitled to parole after about 15 years.