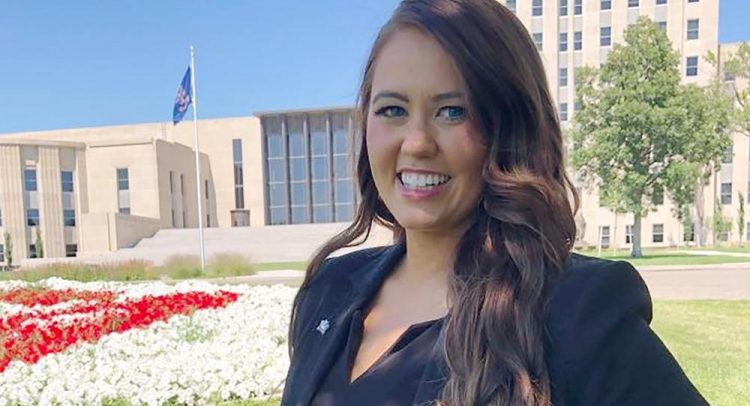 BISMARCK, N.D. (AP) — Former Miss America Cara Mund said Wednesday that her concern about the erosion of abortion rights prompted her independent bid for the U.S. House in her home state of North Dakota.

Mund, who is running against the odds in deeply conservative North Dakota, told The Associated Press that the U.S. Supreme Court’s ruling to overturn the constitutional right to abortion was “just a moment where I knew we need more women in office.”

Her run comes as North Dakota’s only abortion clinic is Fargo prepares to relocate across the border to Minnesota to avoid recrimination if courts allow a law banning all abortions except in cases of rape, incest or to protect the life of the pregnant woman to be enforced.

Having the government “make women have to travel across state lines is going to impact women, and women of lower social economic status,” she said.

Acting as her own campaign manager and without any fundraising machinery, the Bismarck native has begun gathering the 1,000 signatures she needs to get on the ballot. If she makes it, in November she will face Republican U.S. Rep. Kelly Armstrong, who has held the state’s lone House seat since 2019, and Democrat Mark Haugen of Bismarck, a University of Mary graduate adviser who has long worked as a paramedic.

Mund’s stance on abortion runs contrary to North Dakota’s active evangelical conservatives. But the issue could draw votes from endorsed candidates from both parties, and it especially could be a spoiler for Haugen, a Roman Catholic who opposes abortion.

“If she’s pro-choice, then she’s running to the left of me on that issue,” he said.

Armstrong, an ardent supporter of former President Donald Trump and the former state GOP party chairman, said Mund appears to have all the trappings of a Democrat.

“Seems like people pretty high up in Democratic politics are excited about it,” Armstrong said about Mund’s attempt to get in the race. “It doesn’t change anything we are doing.”

Mund is seeking to present herself as independent of Republicans and Democrats, a candidate with the public’s best interest in mind who would seek common ground. She believes she would appeal to a large portion of the electorate who are fed up with the two-party system that controls politics.

“It’s not fair to make Americans have to pick one side or the other,” she said.

Even with no party apparatus for support, Mund is a known entity in North Dakota and is known for speaking her mind.

She won the Miss North Dakota crown on a platform of increasing the number of women elected to political office. At Miss America in 2017, she said Trump was wrong to withdraw the United States from the Paris climate accords that seek to rein in greenhouse gas emissions.

Mund said in 2018 that she had been bullied and silenced by leaders within the Miss America organization. The head of the organization’s board later resigned.

Mund said win or lose, she intends to stay in North Dakota and someday raise a family. She took the state bar exam recently and is awaiting the results.

She intends to keep pursing public office if she loses, and looks at the House run as a personal challenge, if daunting.

The biggest failures in her life, she said, “are the things that I was too afraid to try.”

Cara Mund poses for a photo in front of the state Capitol in Bismarck, N.D. on Wednesday, Aug. 10, 2022. The former Miss America Mund says her concern about abortion rights prompted her to launch her independent bid for the U.S. House in her home state. Mund would face an uphill battle in deeply conservative North Dakota, but told The Associated Press that the U.S. Supreme Court’s ruling to overturn a constitutional right to abortion was “just a moment where I knew we need more women in office.” (AP Photo/James MacPherson)