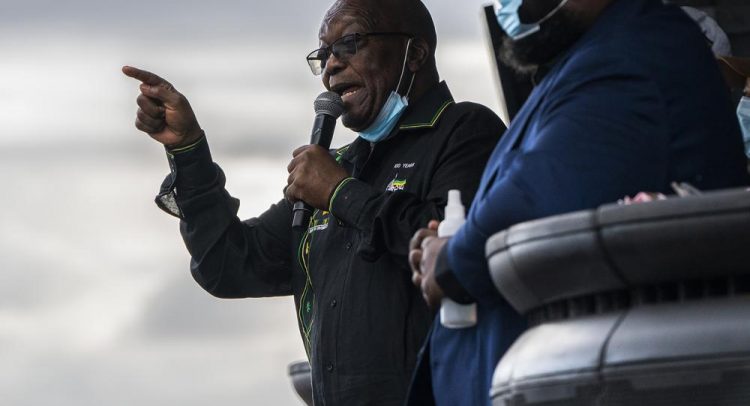 JOHANNESBURG (AP) — Former South African president Jacob Zuma did not attend a hearing in his corruption trial Tuesday, prompting prosecutors to question his absence and ask the judge to examine his medical records.

Zuma was released from an unrelated 15-month jail sentence on medical parole earlier this month and has been receiving treatment for an undisclosed illness at an unnamed hospital, according to his foundation.

He was due to appear at the Pietermaritzburg High Court for the resumption of his corruption trial, where he had asked to have the prosecution team removed from the case because he asserts that it is biased against him. The hearing on Zuma’s plea was scheduled to last two days.

Before that plea was argued, prosecutors demanded an explanation for Zuma’s failure to appear at the courthouse in the eastern province of KwaZulu-Natal. Zuma’s chief defense lawyer said the former president wasn’t using medical grounds as a reason for his absence and was happy for the hearing to go ahead without him.

The 79-year-old Zuma was jailed in July for contempt of court after he refused to testify at a separate commission of inquiry into wider corruption in the South African government when he was president from 2009-18. He was granted medical parole two months into that sentence and hasn’t appeared in public since his release two weeks ago.

His medical condition and whereabouts have become a closely guarded secret after South Africa’s main opposition party and other organizations questioned whether his parole followed procedure and if he was ill enough to be released.

Zuma is accused of accepting bribes for years to give the deal political protection and shield it from investigation. The charges relate to the time before Zuma was president but a politician on the rise, and include when he was deputy president from 1999-2005.

Thales, formerly known as Thomson-CSF, is also charged with corruption, racketeering and money laundering. Both Zuma and Thales pleaded not guilty.

Pope prays for the prosperity of St. Kitts & Nevis