Excitement building for the 2018 National Championships This Weekend 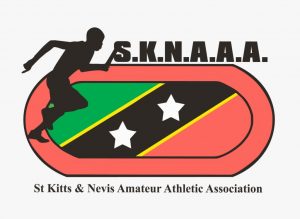 Excitement for the 2018 athletic season continues to build, as the Federation’s top track and field stars are all gearing up to compete on home soil in what is being dubbed as one of the most anticipated event on the St. Kitts and Nevis Amateur Athletic Association (SKNAAA) calendar.

This year’s championship will feature a star-studded field featuring a host of world-renowned athletes from the Federation of St. Kitts and Nevis, and the neighbouring island of Antigua.

The SKNAAA’s Public Relations Officer, Mr. Kilony Johnson noted that much of the anticipation and excitement leading up to this year’s competition revolves around the 100m sprint to determine the fastest man in St. Kitts and Nevis.

“With our sprint icon, Kim Collins, announcing earlier this year that he is hanging up his cleats, the door is now wide open for the title of the fastest man in St. Kitts and Nevis and so many will be tuned in to the male 100m final,” Mr. Johnson said.

“Jason, being the defending National Champion and who has had quite a productive 2018 season; Antoine, who we all know dominated the home circuit for several years; Hakeem Huggins, who has also been competing at a high level, Delwayne or Lestrod – all of these guys have what it takes to cross that line first and taking the crown as the 2018 National Champion, and we believe this will be one of the closest and fastest races in the history of the National Championships.”

Mr. Johnson further noted that there are many other athletes out there who have put in the work and have impressed not only at local events, but also regionally and internationally.

He added, “We cannot forget about the likes of former 100m National Champion Shenel Crooke, who only recently represented the Federation well at the 2018 Commonwealth Games, and of course we all remember how Trishani Warner shocked the region when she became the youngest person from St. Kitts and Nevis to win a CARIFTA medal after storming to victory in the under-17 girls 800m and so we believe there are many athletes and events that will be on show on Sunday for everyone to witness firsthand and enjoy.”