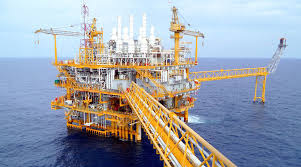 ExxonMobil announces the start of drilling off shore in Guyana In a statement, the company said that the Liza Phase 1 development continues to rapidly progress and that development drilling began in May for the first of 17 wells planned for Phase 1, laying the foundation for production start-up in 2020.

The company and its co-venturers have so far discovered estimated recoverable resources of more than 3.2 billion oil-equivalent barrels on the Stabroek Block.

President of ExxonMobil Development Company, Liam Mallon, said the work being done in Guyana is remarkable.

“We are well on our way to producing oil less than five years after our first discovery, which is well ahead of the industry average for similar projects. The Liza development and future projects will provide significant economic benefits to Guyana,” he said.

Liza Phase 1 is expected to generate over US$7 billion in royalty and profit oil revenues for Guyana over the life of the project.

The oil company said additional benefits will accrue from other development projects now being planned. Liza Phase 1 involves the conversion of an oil tanker into a floating, production, storage and offloading (FPSO) vessel named Liza Destiny, along with four undersea drill centers with 17 production wells. Construction of the FPSO and subsea equipment is under way in more than a dozen countries.

ExxonMobil said Liza Destiny will have a production capacity of 120,000 barrels of oil per day, and that a second FPSO with a capacity of 220,000 barrels per day is being planned as part of the Liza Phase 2 development, while a third is under consideration for the Payara development.

It said that together, these three developments will produce more than 500,000 barrels of oil per day.

“Guyanese businesses, contractors and employees have been an essential element of our exploration, drilling and development progress. Our focus is on enabling local workforce and supplier development, and collaborating with the Government to support the growth and success of Guyana’s new energy industry,” Mallon said.

The company said that about 50 per cent of its employees, contractors and subcontractors are Guyanese, a number that will continue to grow as operations progress.

ExxonMobil said it spent about US$24 million with more than 300 local suppliers in 2017, and opened the Centre for Local Business Development in Georgetown, Guyana, to promote the establishment and growth of small and medium-sized local businesses. The centre has enabled access to training and capacity-building support for more than 275 local businesses.

The Stabroek Block is 6.6 million acres.

US, Mexico and Canada to host 2026 World Cup

Here’s How You Can Still Get Heart-Healthy After 40