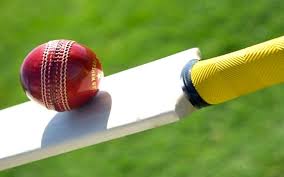 The Hero Caribbean Premier League  are pleased to welcome eZone as their official logistics partner for the 2018 tournament. The event takes place between 8 August and 16 September and will be in seven countries. The services that eZone offer are a vital part of being able to deliver a world class entertainment product.

eZone will also be presenting the player who scores the fastest fifty of the 2018 tournament with a prize of US$5,000. Last year winner was Evin Lewis of the St Kitts & Nevis Patriots who made his half-century in 19 balls on his way to 97 not out against Barbados Tridents.

Paul Pantin of eZone said: We are thrilled to be continuing our partnership with the Hero CPL for the second year. Connecting the Caribbean through logistics is what we do best and we look forward to bringing our expertise and support to the CPL team once again.

Speaking of the second year of the deal, Barrie Corcoran, the CFO of Hero CPL said: The logistical challenges involved in moving six teams of players and support staff, camera crew and CPL staff between seven nation states are massive. eZone showed us last year with their professionalism and ability to solve problems that they are a huge asset to the tournament.

Alcohol's health risks are far easier to prove than its benefits