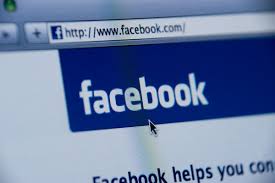 Facebook shares tumbled 5.0 per cent in early trading Monday following reports of a large data breach as US stocks fell ahead of a Federal Reserve policy decision later this week.

Of the major indices, Facebook weighed most heavily on the tech-rich Nasdaq Composite Index, which was down 0.9 per cent to 7,411.34 about 20 minutes into trading.

Facebook suspended Cambridge Analytica, but pushed back against the claim of a data breach, suggesting misused data was limited to a far smaller group of users.

Other large tech firms also stumbled, with Amazon losing 1.3 per cent, Google-parent Alphabet 2.2 per cent and Microsoft 1.4 per cent. Apple shed 0.7 per cent.

Tech shares were the worst-performing of the major sectors, but the broader market also has been pressured over the last couple of weeks by worries over a potential trade war and the prospect of more aggressive Fed rate hikes due to faster growth and inflation.

The Fed is expected to raise interest rates tomorrow and will release its quarterly economic projections which will include officials’ views of the path of rates over the coming years.