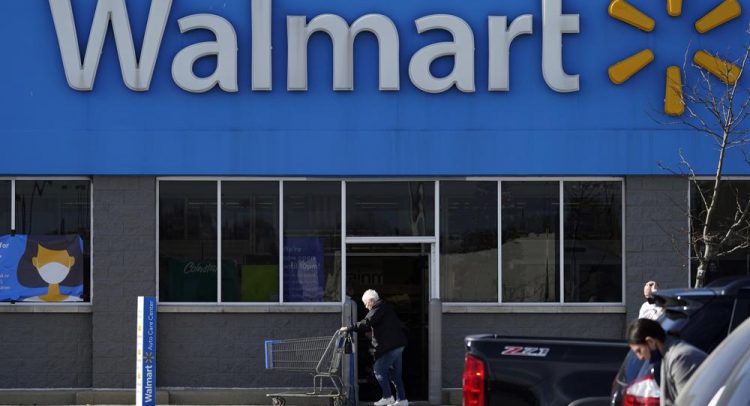 By ALI SWENSON and ANNE D’INNOCENZIO

NEW YORK (AP) — Walmart denied any partnership with the digital currency Litecoin after a fake news release led to a brief flurry of inaccurate reports from national news outlets and social media users on Monday.

A news release claiming a partnership between Walmart and Litecoin is “not real,” according to Walmart spokesperson Molly Blakeman. Charlie Lee, creator of Litecoin and managing director of the Litecoin Foundation, confirmed the release was fake.

The false announcement was temporarily featured on a major press release wire and in outlets including Reuters, CNBC and Yahoo Finance, before being deleted and corrected. It wasn’t immediately clear who created it.

Here’s a closer look at the facts.

CLAIM: Walmart on Monday announced a major partnership with the digital currency Litecoin.

THE FACTS: The nation’s largest retailer is not partnering with Litecoin, despite a bogus news release claiming as much, Blakeman told The Associated Press by phone. Walmart added in a statement on its website that it “has no relationship with Litecoin.”

Lee, who created Litecoin, confirmed the release was fake in an email to the AP. A Litecoin employee mistakenly tweeted the false claim on Monday from the currency’s verified account after seeing the bogus announcement on GlobeNewswire, a major distributor of news releases, Lee explained. The employee later realized his error and deleted the tweet, Lee said.

The release touted the false headline “Walmart Announces Major Partnership With Litecoin.” It fabricated quotes from Walmart’s CEO and the creator of Litecoin to falsely claim Walmart would allow customers to pay with the digital currency starting Oct. 1.

After the release was published, Twitter users pointed out that Walmart hadn’t announced the partnership on its own corporate website, nor did the contact email in the release match the company’s actual website address.

Though this announcement is fake, Walmart is looking to hire an expert in digital currencies and blockchain, Blakeman said.

The false news release briefly tripped up national news outlets, Twitter users and cryptocurrency buyers. The price of Litecoin jumped from about $175 early Monday to about $233 within seconds of the press release being published. The price fell just as fast a few minutes later.

GlobeNewswire, which briefly featured the release on its site before removing it, did not immediately respond to a request for comment. The company is an Associated Press client that distributes press releases to AP’s network of customers.

FILE – In this Nov. 5, 2020 file photo, a woman pushes a shopping cart to enter a Walmart in Rolling Meadows, Ill. Walmart has denied any partnership with the digital currency Litecoin after a fake news release briefly fooled several national news outlets and social media users on Monday, Sept. 13, 2021 A news release claiming a partnership between Walmart and Litecoin is “not real,” according to Walmart spokesperson Molly Blakeman. (AP Photo/Nam Y. Huh, File)

A Point of View