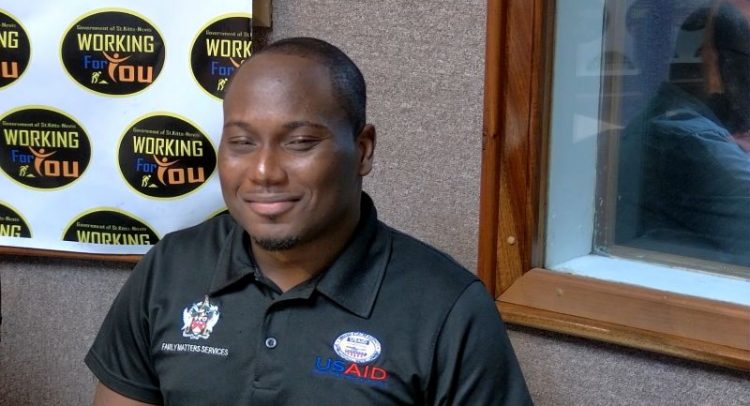 Basseterre, St. Kitts, January 07, 2021 (SKNIS): The Family Matters Programme, which is being carried out by the Counselling Unit within the Ministry of Social Development, is helping families to function holistically, says Family Counsellor, Jeremy Thomas, while appearing on the radio and television programme “Working for You”, on January 06.

Mr. Thomas said there is a referral process that families must go through first. He noted that the youth are being contacted as an entry point into the families.

“When you think about it, a lot of the referrals that we get is usually from the schools,” he said. “Of course, the counsellors at the schools say you know what…this is the issue that we have with this particular child. Their parent keeps on coming back and they are saying this is the issue. So we say listen, we have a programme now, which is part of the Family Matters Services.”

Parents have to sign off and agree for the services to commence, said Mr. Thomas.

The family counsellor said that once the information is received from the counsellor or the school the child is entered into a data system.

“We would meet with a guardian and ask them a few questions,” he said. “What’s happening, what is taking place in the home, then from that information entered into our system it calculates what are some of the risk factors that exist within the family. After going through those risk factors, we determine what we are going to do next.”

From the risk factors, the department would use that as an entry point into the family, added the family counsellor.

“Based on what the system says to us on the risk factors that we would present, then we enter into the family from that point,” he said.

The Family Matters Programme started out of a recognition that the family has many functions. Its main focus was the social function of the family.

The goal of the programme is to work specifically with families to reduce risk factors so that families are better able to protect their children.

“So ultimately we have young people who would grow into healthy citizens,” said Family Counsellor, Alicia Collins, who also appeared on the show.

The programme was initiated by the USAID in three territories in 2017 including St. Kitts and Nevis, Saint Lucia, and Guyana. The Counselling Unit facilitated the programme because of its work. The USAID financed the programme for the first year, and the government has given its assistance over the years.

RUSVM Students Continue To Arrive In St. Kitts and Nevis