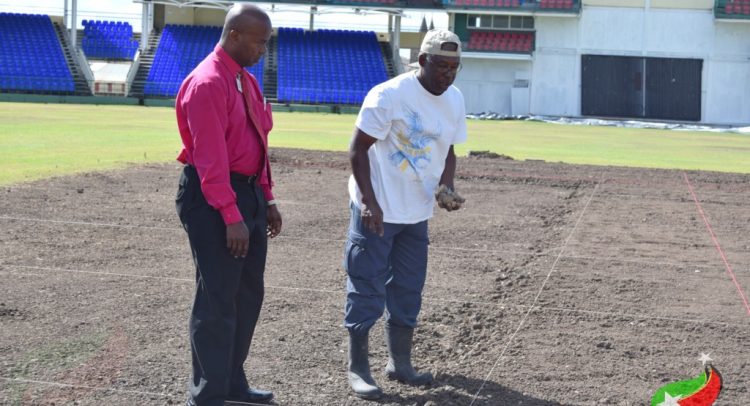 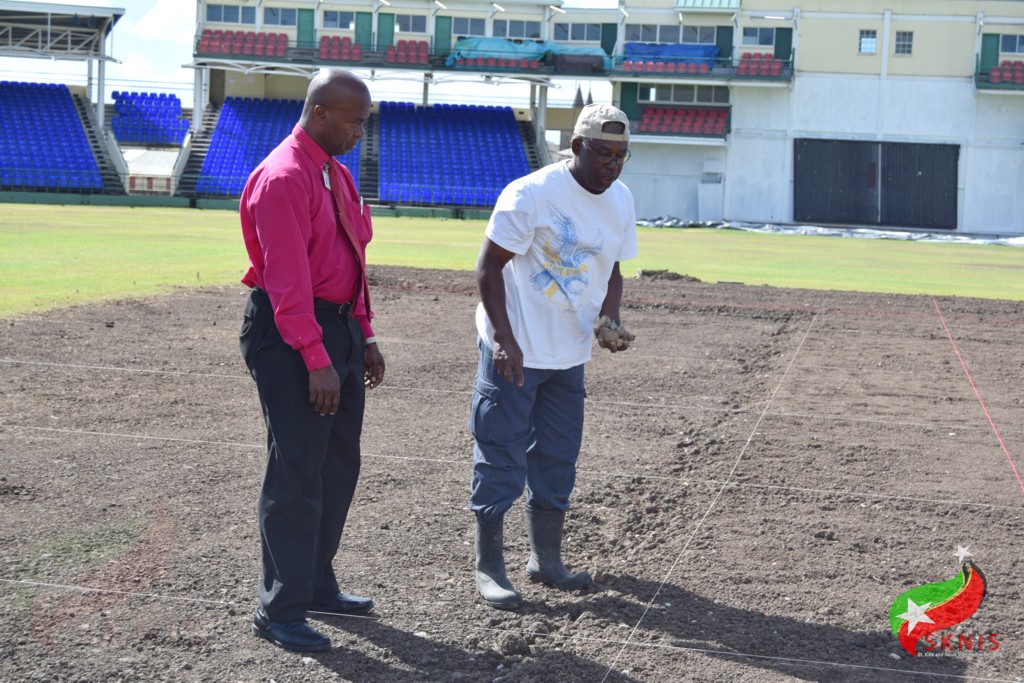 The pitch at the Warner Park Cricket Stadium in St. Kitts is being rebuilt in preparation for a number of international games that will be held at the island’s premier sports facility during the summer of 2018.

Director of the Department of Sports, Anthony Wiltshire, revealed that the average pitch is typically rebuilt every five years but there has been a high demand to use the cricket grounds to stage local, regional and international cricket and other world-class events. This meant that finding the time to lay a new surface was challenging. The last time extensive work was done to the surface was in 2006.

“This year we have a slow period. In fact, we are not having any major cricket here until Bangladesh [tours the West Indies] sometime in July, and then CPL (Caribbean Premier League) comes in August so we have taken the opportunity to ensure that we are building up the pitch,” Mr. Wiltshire stated.

An eight-man crew from the department’s ground staff is undertaking the work under the leadership of Everton Halliday, Acting Head Groundsman. Mr. Halliday explained that the process involves digging up the surface, and laying new clay. The surface is then wet and the stones picked out. Finer clay is then added to the area and rolled so that hollow spots are filled up. The process is then repeated until the pitch is slightly raised and then the area is grassed.

The work is scheduled to be completed in April 2018. Mr. Halliday spoke about his expectations for the rebuilt surface.

This typically makes for more exiting cricket as batsmen try to take advantage of the extra bounce with big hits.

Director Wiltshire revealed that some work will also be performed on the cricket field, while painting and other cosmetic improvements will be made to the facilities.

Oscars 2018: Four things to take away from this year's awards