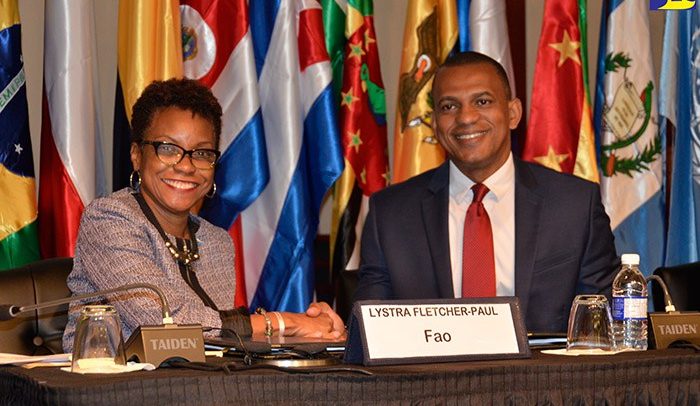 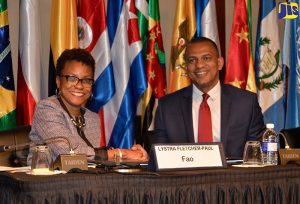 THE Food and Agriculture Organization (FAO) of the United Nations and the Caribbean Development Bank (CDB) have signed a Framework Cooperation Agreement for the bank to approve a grant of US$1.2 million for the FAO to implement a cassava project in Dominica, Suriname and Trinidad and Tobago.

Titled ‘Cassava Industry — Market Assessment and Technology Validation and Dissemination’, the project is to facilitate the testing of improved cassava varieties and production systems, and conduct market assessments.

The results will be used to provide guidance to member countries on the viability of commercial cassava production as a suitable substitute for wheat in the production of composite breads, traditional and new products.

The signing ceremony took place yesterday on the opening day of the 35th staging of the FAO’s Regional Conference for Latin America and the Caribbean being held at the Montego Bay Convention Centre in St James.

Speaking at the signing, FAO sub-regional director (ad interim), Dr Lystra Fletcher-Paul, said the initiative is one of many in the Caribbean aimed at reducing the growing food import bill which currently stands at US$5 billion per annum.

Dr Fletcher-Paul further noted that more than 40 per cent of the food imports in the Caribbean comprise products that are high in processed carbohydrates, sugar, fats, and salt.

“The consumption of these foods is linked to the prevalence of overweight and obesity and, by extension, the high incidents of chronic non-communicable diseases, the leading cause of deaths in the region,” she said.

She explained that the agreement facilitates the ease of action for the FAO to implement immediate systems to substitute wheat with cassava.

“This is particularly important because of the increase in malnutrition in the region. If we hope to achieve the Sustainable Development Goal 2, which is to eradicate hunger by 2030, we must reverse the trends of poor nutrition,” she added.

Director of projects at the CDB, Daniel Best, said his organisation welcomes this new framework agreement, which will broaden and strengthen collaboration between the Bank and the FAO.

Best noted that through the agreement, “We have a streamlined modality within which we can partner with FAO to provide technical assistance to projects financed by the bank.”

The agreement also includes a new feature, which will allow member countries to directly engage the FAO with loan or grant funds provided by the CDB.

Best said the CDB is optimistic that the agreement will facilitate quick turnover time needed to finalise agreements between the FAO and CDB.

“The future looks bright for the partnership between the CDB and the FAO. We look forward to the opportunities that this new agreement will create, and wish to thank all involved for making this milestone possible,” he said.