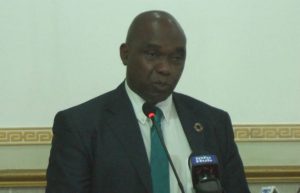 The movement of labour from the agriculture sector to the oil industry is something that is being closely looked at by the United Nations Food and Agriculture Organisation (FAO), as this could affect the agenda of eliminating hunger and poverty.

This is according to the Food and Agriculture Organisation’s FAO representative Reuben Robertson.

“Colleagues let us through this dialogue recognise the real challenges to the sector with the coming of oil in 2020. The movement of labour from the highly labour intensive agriculture to more lucrative paying jobs could create shortages of labour for agriculture production” he noted.

Robertson, during a workshop aimed towards eliminating hunger and poverty in Guyana and the region, said that the agriculture sector is already plagued with an aging population, low productivity and one that requires creativity and incentives to stimulate young people’s interest.

According to the FAO official, this could lead to a further strain on the already heavy regional food import bill, increased food insecurity, poverty due to inequality, and rural-urban migration.

The FAO country representative pointed to the need for partnerships with universities, businesses and other agencies to improve the sector.

Robertson was addressing the workshop that looked at starting a national dialogue on UN Development goals as it pertains to agriculture.

He posited that “we have very little time, less than 20 months to strengthening existing systems and to find new approaches to agriculture and rural development in Guyana if we are to fight inequality, overcome poverty, position the country to achieve the sustainable development goals and have a competitive and sustainable agriculture in a green state.”

The dialogue is being held at the Regency Suites, Georgetown, ahead of the FAO’s 35th Regional Conference slated for March 05-08 in Jamaica.