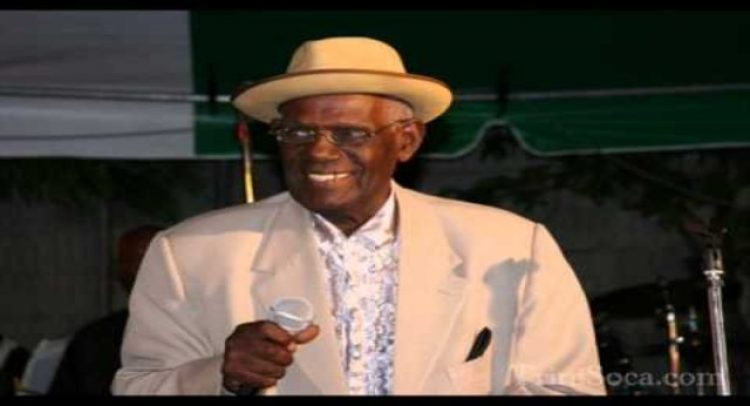 Basseterre, 2nd January 2021, (MyVue News.com)-The powerful and melodious voice of the veteran Trinidadian calypsonian, the Mighty bomber, has been silenced by death.

Born in Grenada, Bomber migrated to Trinidad in 1956 and eventually became of that country’s leading calypsonians.

He won the calypso crown in Trinidad in 1964, defeating the likes of his good friend, Sparrow.

He was 93 but was due to celebrate his 94h birthday on 30th January.

His loss will be greatly felt in the music industry and calypso in particular.