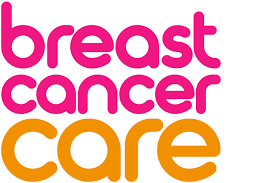 The first consumer test for three BRCA gene mutations associated with breast, ovarian and prostate cancer risk has been approved by the U.S. Food and Drug Administration.

The three gene mutations are most common in people of Ashkenazi (Eastern European) Jewish descent, but are not the most common BRCA1/BRCA2 mutations in the general population.

The test, from 23andMe, analyzes DNA from saliva collected by clients, the FDA said in an agency news release.

It noted that the test only checks for three of more than 1,000 known BRCA mutations and that a negative result does not rule out increased cancer risk.

The three mutations detected by the test occur in about 2 percent of Ashkenazi Jewish women, but only 0 to 0.1 percent of other ethnic groups, according to the U.S. National Cancer Institute.

“This test provides information to certain individuals who may be at increased breast, ovarian or prostate cancer risk and who might not otherwise get genetic screening, and is a step forward in the availability of [direct-to-consumer] genetic tests. But it has a lot of caveats,” said Donald St. Pierre, acting director of the Office of In Vitro Diagnostics and Radiological Health, in the FDA’s Center for Devices and Radiological Health.

“While the detection of a BRCA mutation on this test does indicate an increased risk, only a small percentage of Americans carry one of these three mutations and most BRCA mutations that increase an individual’s risk are not detected by this test,” St. Pierre added.

“The test should not be used as a substitute for seeing your doctor for cancer screenings or counseling on genetic and lifestyle factors that can increase or decrease cancer risk,” he said.

The test should also not be used by consumers or health care providers to decide on any treatments, including anti-hormone therapies and preventive removal of breasts or ovaries. Such decisions require thorough testing and genetic counseling, the FDA added.