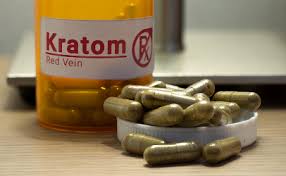 The Food and Drug Administration issued a mandatory recall Tuesday for all kratom products manufactured, processed, packed or held by Triangle Pharmanaturals LLC after several of its products tested positive for salmonella.

The FDA advises consumers to throw away any products associated with the recall, including but not limited to Raw Form Organics Maeng Da Kratom Emerald Green, Ivory White and Ruby Red.
The FDA issued the recall after the company failed to comply with the agency request for a voluntary recall.
“This action is based on the imminent health risk posed by the contamination of this product with salmonella, and the refusal of this company to voluntarily act to protect its customers and issue a recall, despite our repeated requests and actions,” FDA Commissioner Dr. Scott Gottlieb said in a statement. It is the first time the agency has issued a mandatory recall because a company has not cooperated.
Kratom is a plant native to Malaysia. The leaves are traditionally crushed and made into tea to treat pain or reduce opioid withdrawal cravings. In the US, kratom is sold as a dietary supplement in the form of pills, powders, capsules and tea.
In February, the FDA issued a statement over concerns about compounds in kratom that acted like opioids, stating, “There is no evidence to indicate that kratom is safe or effective for any medical use.” Researchers say that there is some potential in kratom to treat pain but that additional research is needed.
According to a joint investigation between the FDA and the US Centers for Disease Control and Prevention, the supplement is linked to an outbreak of at least 87 cases of salmonella across 35 states. Reports of illnesses began in October.
Symptoms of salmonella can begin 12 to 72 hours after a person is infected and include diarrhea, fever and abdominal cramping. This can last about four to seven days, and most individuals recover without treatment. However, those who develop severe diarrhea may need to be hospitalized. Those who are very young, who are very old or who have compromised immune systems are most at risk for complications and severe cases of illness.
Symptoms in the most recent reported case in this outbreak began February 24. Twenty-seven of those reporting illness have been hospitalized. Those who are ill range from 6 to 67 years old.
Federal health investigators have interviewed 55 of the patients, and 40 reported consumption of kratom pills, tea or powder before the start of their symptoms.
The CDC continues to recommend against consuming any brand or form of kratom while health officials investigate, including identifying where patients purchased kratom and testing samples of the supplement.
Share this article:
Previous Post

How acidic fruits affect your teeth