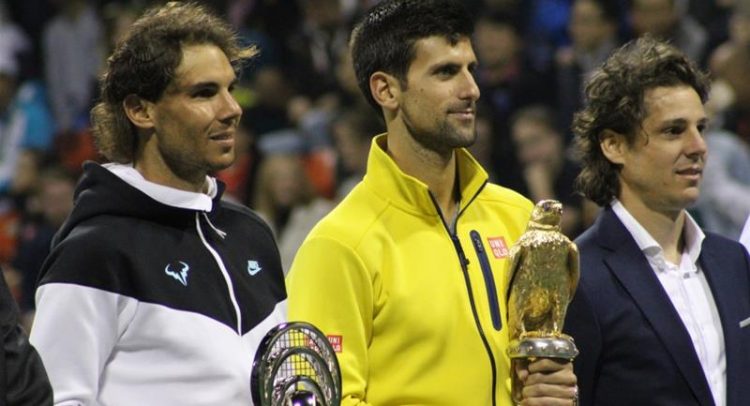 Some of the world’s leading tennis stars, including men’s number one Novak Djokovic, have rallied behind relief efforts led by Pakistan’s top tennis player to help feed people affected by the coronavirus pandemic.

Rafael Nadal, Roger Federer, Maria Sharapova and Indian ace Sania Mirza are among a star-studded lineup of present and former athletes who have donated their signed memorabilia to the Stars Against Hunger auction.

The initiative was launched last week by doubles specialist Aisam-ul-Haq Qureshi, who has been raising funds and delivering door-to-door ration packs to poor families in Pakistan suffering due to the country’s partial lockdown.

“This COVID-19 has affected every single one of us, in every country, so I’m just trying to play my part in the best way I can and trying to help the needy, the poor and the daily wagers during this pandemic,” Qureshi, world-ranked 50, told Al Jazeera on Monday.

His foundation Stop War Start Tennis in collaboration with Rizq, a non-profit organisation, has so far helped feed more than 2,500 families in underprivileged areas of the country’s most populous province of Punjab.

“I feel like tennis has given me this opportunity and platform to help these people out right now and it’s a need of the hour as well,” the 40-year old said. “The most important thing is compassion towards humanity.”

Tens of thousands of labourers and other daily wage workers in Pakistan have lost their livelihoods during the pandemic that is testing the country’s weak health infrastructure and struggling economy.

More than 43,000 people have been infected by the coronavirus in the South Asian nation of 220 million, but the death rate has remained relatively low with 939 deaths.

Pakistan’s Prime Minister Imran Khan has reiterated that his government chose a strategy of implementing a targeted and incremental lockdown to “balance the need to save people from corona[virus] and the continuation of economic activity”.

“It has not been easy,” Qureshi said about the situation in the country.

“There are more people getting affected by hunger actually than COVID-19 itself … and in that the government can’t reach each and every house and family.”

Hence, voluntary aid groups and athletes have stepped in to lend their support in efforts to provide adequate supplies of food and other essentials to Pakistan’s poorest.

Former national cricket captain Shahid Afridi is among them.

The former cricketer through his charity has distributed food supplies, disinfectant soap and other essentials to 22,000 families in Khyber Pakhtunkhwa, Sindh, Balochistan and Pakistan-administred Kashmir.

Photo: The professional tennis tour has been suspended until August because of the pandemic [Saba Aziz/Al Jazeera]