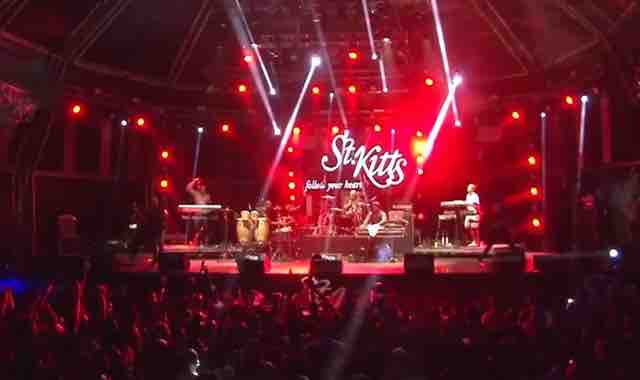 Basseterre, St. Kitts, 16th February, 2018 (MyVueNews.com) – For the first time in the history of the St. Kitts Music Festival, the entire line-up of artistes for the festival was released months in advance of the June event.

In a lively and crowd pleasing ceremony held on Bank Street in the heart of downtown Basseterre, on Friday, 16th February, festival organisers revealed all the acts who will appear on each of the three nights of concerts, on stage at Warner Park.

Artistes such as Fetty Wap, Sizzla Kalonji and August Alsina were added to the line up that includes other performers such as Patti Labelle, Ms. Lauryn Hill, Destra, Spice and KES The Band.

The official release of the final roster of artistes is expected to assist those persons who need to make travel plans to come to St. Kitts for what is described as one of the leading music festivals to be found anywhere in the Caribbean.

In addition to the roster of artistes, a new ticket price structure was also revealed. Persons will be able to purchase tickets online via the  stkittsmusicfestival.com website that was also launched at Friday’s event.

Online ticket prices start at $95 in February, with a $10 increase to that price each month leading up to the end of May. Further, online purchasers need not have a physical ticket, but can use the barcode app on their phone to gain entrance to the concerts..

From the 1st June, physical tickets will be available for purchase, at the ticket office, for the concerts of the 2018 edition of the St. Kitts Music Festival that will be held 27th June to 1st July.

Brief remarks were delivered by Damion Hobson, the chairman of the St. Kitts Music Festival Committee and by Minister of Tourism Lindsay Grant, under whose portfolio the festival is organised.

The big moment, however, was reserved for Ambassador Jonel Powell, the chairman of the Artistes Selection Committee, who announced the full list with video clips of each artiste.

In the festive atmosphere on Bank Street, spectators were entertained with cultural performances by masquerades and a stringband.

The launch of the full roster of artistes for the 2018 edition of the St. Kitts Music Festival was streamed live on social media and broadcast live on ZIZ Radio, WINN FM, VON Radio and Freedom FM. 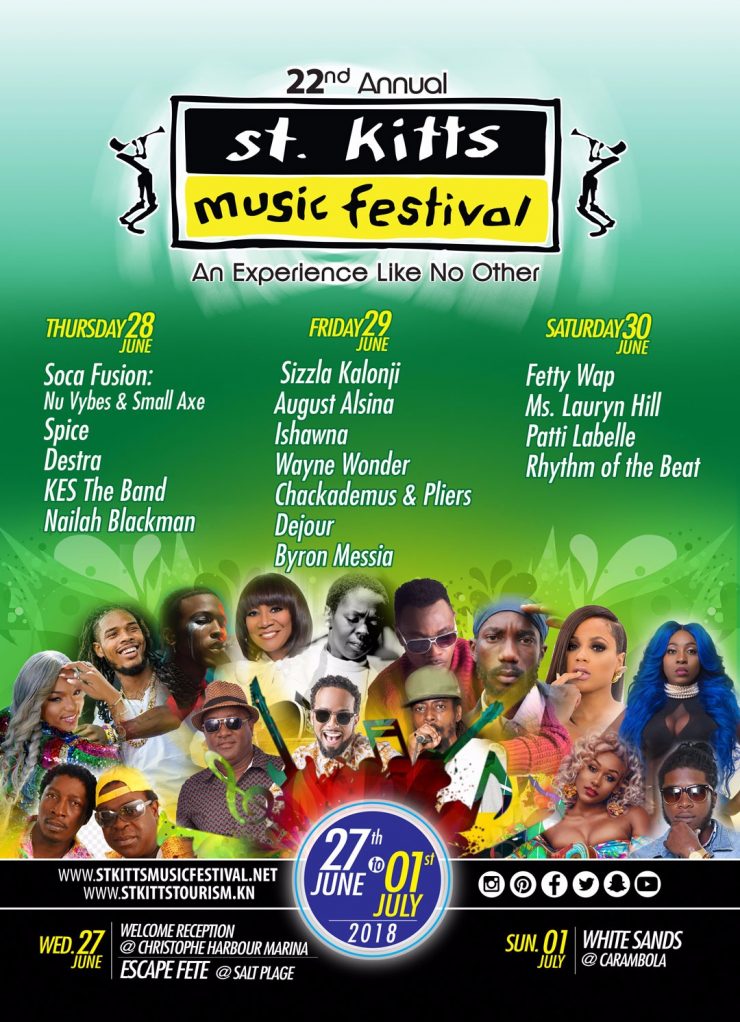