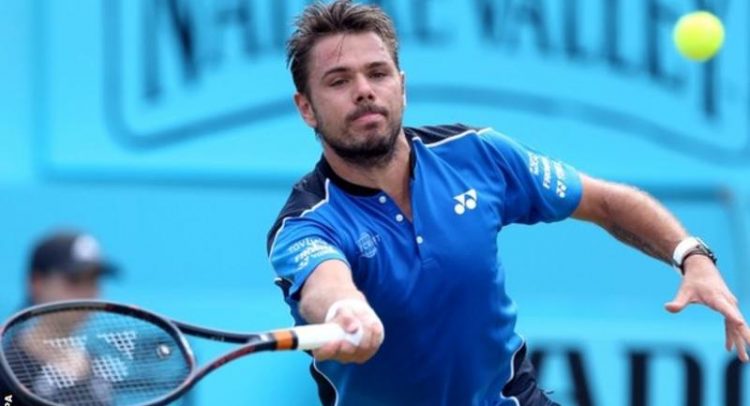 Stan Wawrinka failed to convert 12 break points as he lost to Sam Querrey in the second round of the Fever-Tree Championships at Queen’s.

Wawrinka, a three-time Grand Slam champion, wasted seven set points at 5-4 in the first set and only capitalised on one of 13 break points in the match.

Querrey dominated on serve, hitting 25 aces as he closed out victory.

In the ATP grass-court tournament in Halle, Karen Khachanov of Russia beat Japanese seventh seed Kei Nishikori 6-2 6-2 to go through to the quarter-finals.

Khachanov, who reached the fourth round at this year’s French Open, will next face Roberto Bautista Agut after the Spaniard beat Dutchman Robin Haase 4-6 7-5 6-4.

The top seed in Halle is Swiss eight-time Wimbledon champion Roger Federer, who plays Frenchman Benoit Paire on Thursday for a place in the last eight.