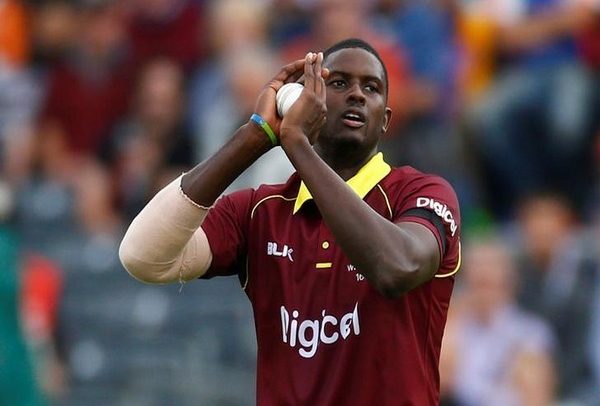 Finally, it’s all coming together for Jason Holder 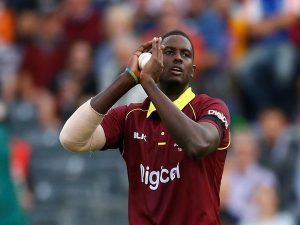 It came as no surprise when West Indies Captain Jason Holder won the player of the match award after his career-best haul of 11-103 in the second Test against Bangladesh at Sabina Park gave the home side a 166-run win inside three days.

His performance guaranteed the hosts a sweep of the two Tests, their first home series win in the format since beating the same opponents in 2014.

Holder’s bowling in both innings of the second Test against Bangladesh featured masterful displays of jagging the ball sideways.

Though hardly sharper than medium pace, Holder used his full six-foot seven-inch height to help extract steep bounce at times. The Sabina pitch was covered by a tinge of green grass at the start of the Test match and there was more than a suggestion of moisture on the first morning, but in extremely hot and windy conditions it dried out very quickly and widening cracks were soon a major factor.

In the circumstances, the pitch provided variable bounce across the three days of the match and the towering Holder benefitted more than most.

He claimed a combined 28 wickets in five Tests against Sri Lanka and Bangladesh, including 16 wickets in two matches against the latter. His bowling average (runs per wicket), which was above 30, has dropped to 29.35. All this time apparently not being 100 per cent fit.

While sporting an ice pack on his right shoulder during Saturday’s post-match press conference, Holder said he was suffering from tendonitis. He explained it was likely brought on after undergoing operation on his right elbow at end of 2017, and as a result, offloading too much strain on the shoulder during rehabilitation.

His batting consistency has also improved, leading to him talking up the possibility of a move up the batting order.

Against Sri Lanka — in a three-Test series which ended 1-1 — and in the first Test against Bangladesh his default batting position was number seven, while in the second Test at Sabina he dropped a place to allow for the addition of a sixth specialist batsman.

With a top score of 74 against Sri Lanka, Holder, who has two centuries in 34 Tests, had compiled 265 runs at an average of 37 in five matches in 2018. The result is an overall batting average that has crept up to 30.26.

“I just think it’s just coming together for me now,” said Holder in response to his outstanding form of late.

“I’m 30-odd Test matches into my Test career and I’ve always remembered [former West Indies Captain] Clive Lloyd saying he learned to play Test cricket after three years, it took him three years to understand the Test game, and it’s good to see the selectors giving this group some confidence, in terms of sticking with them. I guess I’m now getting into my own in terms of my cricket at the international level.

“I felt the skill level (as a bowler) was always there and it was just a matter of putting it together. And, quite frankly, I think the surfaces obviously helped me in terms of the movement, and conditions were in my favour in this home series.

“My biggest thing is to get the ball to move, and obviously my bounce adds something to it. I may not be the quickest guy around but I try to use my skill level as much as possible,” said Holder.

He added: “I would still want to be a bit more consistent in terms of getting a few more scores. But batting down at eight or nine …[it] is quite difficult for me to really post a healthy score unless you’re batting with the last recognised batsman.

“I think I can bat at number six — six [or] seven in terms of the context of Test cricket.”

That skipper, some would argue Holder has the power to promote himself up the order, but he insists he leaves that decision to others.

“I would love to [move up], but in terms of the context of the team at this preset time, that’s the way the selectors have gone. That’s my ultimate goal, to be in the all-rounder’s position and to be seen as a genuine all-rounder. Hopefully, with my performances, the selectors will see and push me up,” he told journalists.

The Windies captain said much of the inspiration has come from the desire to lead from the front.

Warship carrying $130B in gold is found 113 years after sinking