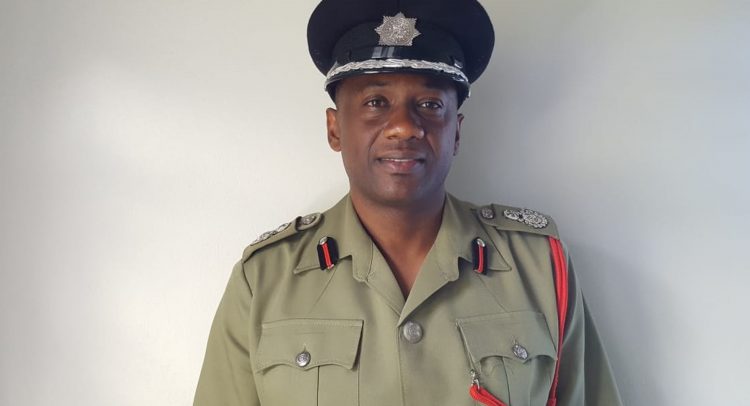 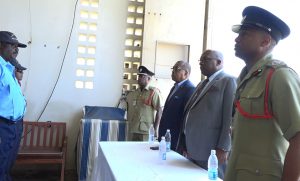 CHARLESTOWN, NEVIS, June 1, 2018 (PLP PR Media Inc.)* — The St. Kitts and Nevis Fire and Rescue Services separated from the Police Force in 2000, and since that separation the officers have worked diligently, proudly serving the Federation. As much as they love their work, Wednesday May 23 of this year will forever be etched in the memories of officers serving in the Nevis Division.

“We have had Prime Ministers visit (the Fire and Rescue Services), but they visit St. Kitts,” said Mr Abdias Samuel, Deputy Fire Chief in charge of the Nevis Division. “It is the first time for the Nevis Division since Fire and Rescue separated eighteen years ago that we have had a Prime Minister visit to engage and openly talk with the firemen about what is affecting them. That was very motivating for the officers.”

On Wednesday May 23, Prime Minister and Minister of National Security Dr the Hon Timothy Harris, paid them a visit. He was accompanied by Premier of Nevis and Federal Minister of Foreign Affairs the Hon Mark Brantley, Minister of Works and Public Infrastructure the Hon Ian Patches Liburd, and the Permanent Secretary in Premier’s Ministry, Mr Wakely Daniel.

The meeting took place at the Vance Amory Airport Fire Hall, and was attended by all officers who serve in the Nevis Division. According to Mr Samuel, the conversation was very open, engaging and fruitful, as officers were able to draw attention to the Prime Minister of a number of issues affecting them including living condition at the station and the Vance Amory Airport Fire Hall in particular, manpower resources and allowances.

“The Prime Minister was very happy the officers were able to open up, and that they were very engaging,” noted the Deputy Fire Chief. “He engaged them, and I think that it gave hope that something can be done. Officers were thankful to see him. They asked opportunity for persons who are living in Nevis to get equal opportunity to be part of essential services like Fire and Rescue Services.”

Deputy Fire Chief Samuel commented that it was very encouraging as Prime Minister Harris pledged that opportunities would be given to everybody, because it was not about Nevis or St. Kitts, but the Federation of St. Kitts and Nevis.

That same evening (May 23), Nevis Premier the Hon Mark Brantley had the following to say of the officers serving in the Nevis Division of Fire and Rescue Services: “I was very pleased to hear that they have the lowest rate of sick leave in the entire country, that they show up for work willingly every day to do what they need to do, and I am very pleased for that.”