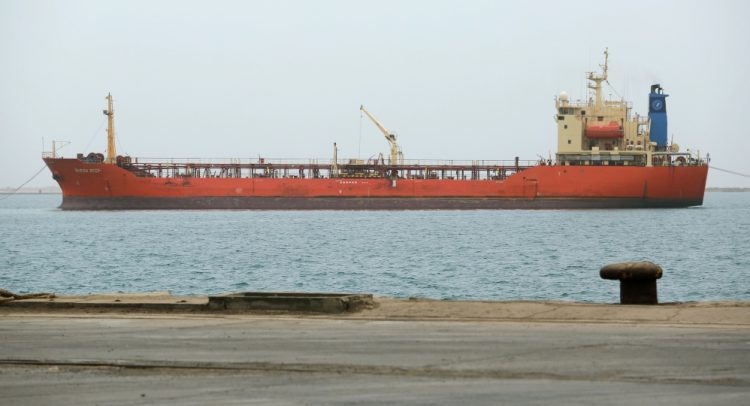 An air raid by a Saudi Arabia-UAE coalition has killed at least a dozen fishermen in Yemen’s Hodeidah province, according to Houthi-linked media.

In a statement received by the Houthi-run Saba news agency, the ministry of fisheries blamed the Saudi-led coalition for the destruction of the fishing sector.

“The coalition directly targeted a gathering of fishermen near the island of Ugban yesterday, resulting in fishermen killed and the destruction of three fishing boats, as well as preventing paramedics from approaching the area,” the statement said, not mentioning a figure for the death toll.

Al Jazeera’s Alan Fisher, reporting from neighbouring Djibouti, said verifying reports of the attack and the casualty figure was difficult because of the location of the reported incident, the Ugban island, which is off the coast of Hodeidah.

“Three fishing vessels, according to reports, were setting out to do their normal job when they were targeted by the Saudi-led coalition and were sunk,” he said.

“Initial reports suggest that about 70 fishermen are missing. That figure has now been amended by Houthi media to 19.

“No one can get to the location to verify the number and the exact details of the incident.”

Friday’s reported attack comes a day after a US Navy destroyer seized more than 1,000 AK-47 rifles from a “stateless” skiff in international waters off the coast of Yemen believed to be part of an illicit weapons shipment to the war-torn country, according to ABC news.

The Saudi-UAE military alliance is trying to recapture the city from Houthi rebels. Because of the ongoing fighting, fishermen in Hodeidah say they are now scared to go out to the sea.

In an attack on a fish market earlier this month, 28 people were killed and more than 30 were injured.

Reports of the attack also come after a team of UN-mandated investigators said they had “reasonable grounds to believe that the parties to the armed conflict in Yemen have committed a substantial number of violations of international humanitarian law”.

The damning report, published earlier this week, blamed the Houthis and the Saudi-UAE coalition for the violence in Yemen but said air attacks by the military coalition had caused the most direct civilian casualties in the war.

It added that a blockade of Yemeni ports and airspace may have violated international humanitarian law.

A US official called for an investigation into attacks by the Saudi-UAE coalition in Yemen and for perpetrators to be held accountable.

Attorney General and Director of Public Prosecution to discuss extradition