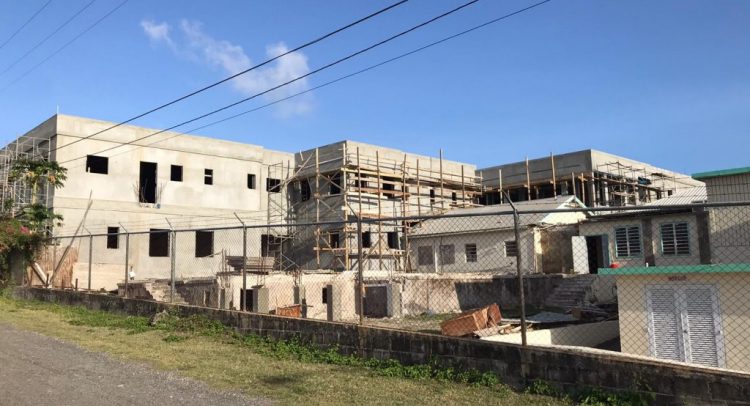 Topping the list was the long overdue and over-budgeted expansion works ongoing at the Alexandra Hospital.

Dr. Daniel-Hodge was speaking on the popular ‘Your Voice with the NRP’ program aired every Monday at 8:30p.m. on VON Radio when she made mention of the Alexandra Hospital Expansion Project which is yet to be completed after construction commenced nearly five years ago in May 2017.

“It’s one thing to say that we are putting on an extension to the hospital and $18 million after, the highlight is that ‘the extension is almost three times as large as the hospital itself’. Was that the intention originally and where are the drawings that were done?”

Questions continue to be raised about the number of inexplicable errors happening at the expansion project. The NRP understands that consultants from the Pan American Health Organization advised the Nevis Island Administration (NIA) that the structure is unfit to be a hospital and recommended that a reconfiguration of the interior space be done.

The NRP visited the site of the Alexandra Hospital Expansion Project and noticed workmen dismantling the interior walls, among other things, in an effort to correct the wrong by this incompetent government, and to ensure the structure can be used for its intended purpose.

Dr. Daniel-Hodge said “the concern that I have and the NRP has, is the mismanagement of funds, and when funds are mismanaged then they end up being the taxpayers’ burden. This government never delivers a complete finished product and that is not the type of development the people of Nevis are accustomed to and it is not the type of development we deserve.”

The NIA announced that an additional $1.3 million will be needed in order to complete the hospital expansion project.

Poor decision-making and lack of concern regarding the real health struggles of our people have resulted in large incomplete capital projects rather than much needed life-saving equipment such as the long-overdue dialysis and MRI equipment that could save lives.

Other projects mentioned by Dr. Daniel-Hodge which are yet to be completed are the Oualie Water Taxi Pier and the upgrade of the Vance W. Amory International Airport which is yet to begin.