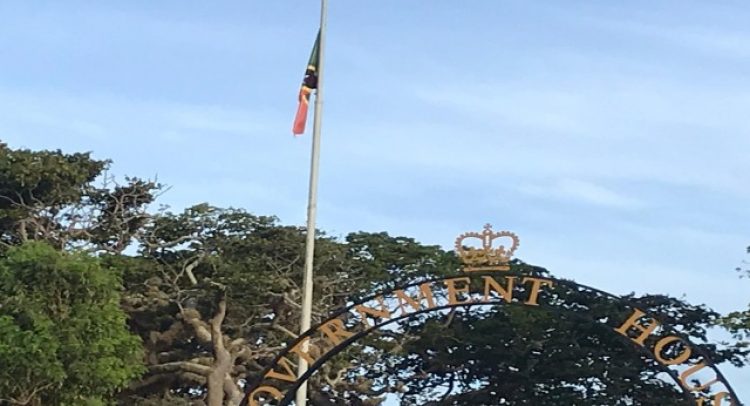 Basseterre, Saturday, 1st August, 2020, (MyVue News.com)- As a mark of respect for the many lives lost, 50 years ago, during the sinking of the MV Christena, flags across St. Kitts & Nevis, will be flying at half-mast.

It was on Saturday, 1st August, 1970, at a approximately, 4:30 p.m., when the government-owned ferry, sailing from Basseterre to Charlestown, sank, killing 233 persons, with just under 90 surviving.

In a statement issued on Friday, 31st July, the Federal Government, indicated that they had directed that all flags on government-owned buildings are to be lowered to half-mast.

Other special events have been organized on both islands to mark the anniversary.

This includes the annual wreath-laying at the monuments in Nevis and a similar exercise, at the actual site in the ocean, between the two islands, where the ferry disappeared.

A special sitting of the Assembly of the local government in Nevis was also hosted on Friday, bringing together, all living former premiers of Nevis and Prime Ministers of St. Kitts & Nevis, in addition to the current Prime Minister and Premier.

On St. Kitts the )ceremony and exhibition, will be held at 3:30 p.m. at the Old Treasury, now known as the National Trust building, at the entrance of where the pier for the Christena was located, back in 1970.

The exhibition and ceremony are being hosted by the St. Christopher National Trust and is the first time that an official event is being hosted on St. Kitts, to honour the memory of those who died.

The tragic accident, remains the worst boating disaster in the country.

Main photo: The flag of St. Kitts & Nevis lowered to half mast at Government House.