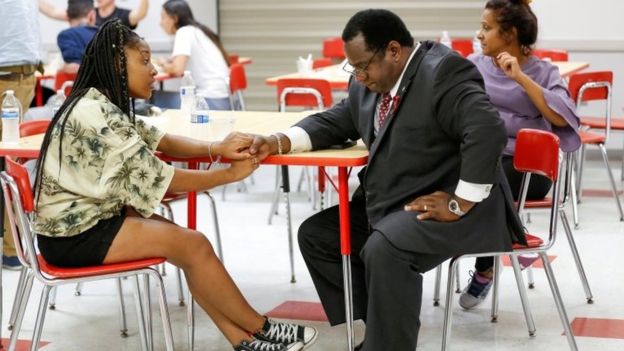 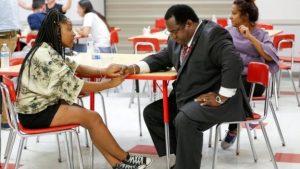 Survivors of a Florida school shooting that left 17 people dead are marching in the state capital to press lawmakers to take more action on gun control.

Students are due to meet legislators after marching to the statehouse.

It is the first organised protest of the youth-led anti-gun movement that has swept the US since the attack.

About 100 students arrived in Tallahassee hours before the state legislature rejected a ban on assault rifles like the one used in the attack.

Under pressure to act, President Donald Trump on Tuesday backed a move to ban devices that can enable rifles to shoot hundreds of rounds a minute. This bump-stock accessory was used by a gunman in Las Vegas to kill 58 concert-goers last year.

What is the #NeverAgain movement?

It was born out of the massacre at Marjory Stoneman Douglas High School in Parkland one week ago, the second-deadliest school shooting in US history.

For the first time, articulate student survivors of the attack have broken into the much debated topic of gun violence and gun controls, says the BBC’s Barbara Plett in Tallahassee.

Wednesday’s demonstration is their first organised protest aimed at putting pressure on legislators to ban assault-style rifles, similar to the semi-automatic AR-15 model used by the gunman, 19-year-old Nikolas Cruz.