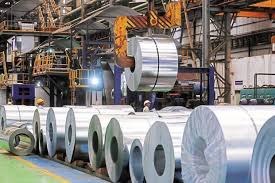 JAMAICA’S alumina exports could become a casualty of the ongoing trade dispute between the United States of America and other countries, Minister of Foreign Affairs and Foreign Trade Kamina Johnson Smith admitted yesterday.

Johnson Smith, who was speaking at a press briefing yesterday at the foreign ministry in New Kingston, explained that the USA’s move to restrict its steel and aluminium imports from other countries could have a long-term impact on Jamaica in terms of possible trade diversion and disruptions in the supply chain, as trading partners of Jamaica are impacted.

Jamaica supplies countries such as China with alumina, which is in turn used to make aluminium that is then exported to the US.

US President Donald Trump, in a March tweet, noted that the USA’s steel and aluminium industries have been decimated by decades of “unfair trade and bad policy with countries from around the world”. He also said that the US must not let its companies and workers be taken advantage of any longer, while demanding “free, fair and smart trade”.

On June 1, the US Administration moved ahead with the imposition of a 25 per cent tariff on steel and 10 per cent on aluminium, a follow-up to Trump’s tweet.

Yesterday Johnson Smith told members of the media that the countries Jamaica has, over the years, exported alumina to were no longer exempted from these tariffs.

“I want to recall that while Jamaica does not produce or export either of these products, we do produce the primary inputs, bauxite alumina. More than 75 per cent of our bauxite goes to the US where they are expanding their manufacturing capacity, and our bauxite is tariff -exempt under the Caribbean Basin Initiative.

“… So our bauxite at this time is protected. Our alumina, however, is mostly exported to countries affected by these tariffs on steel and aluminium, including China, the EU, Canada and Mexico. So, at the time I spoke in the Senate, these countries were all exempt and we were monitoring developments and our monitoring continues, but now it is monitoring of the retaliatory measures being taken by these countries as we look to see how the elephants’ dance will unfold,” the minister said.

Johnson Smith said, however, that mention of a “trade war” at this time between the US and countries sanctioned is a matter of speculation.

“The issue came up in the WTO (World Trade Organization) in 2017. Countries had come together to say we need to deal with the issue of overcapacity, and in particular the extent to which China was contributing to overcapacity. However, the US acted unilaterally after the discussion. It is not clear what the impact will be. It is not clear [that] what I see being termed in the media as an all out trade war is what will manifest or if it is, that there will be a recognition where the balance or imbalance that is created by the sanctions will start to impact upon companies in those countries and their import and export markets,” she said.

In the meantime, the minister said that while the direct impact of US sanctions on Russian businesses and individuals who are deemed to support “malignant activities” has been postponed, the ministry was working to protect the country from any effects in the future as a result.

“The US also imposed sanctions on several Russian officials and oligarchs, including Mr Oleg Deripaska, owner of United Company RUSAL Alumina Limited, which owns and operate WINDALCO Ewarton Works refinery and facilities here in St Catherine. So, we want to assure you that the Ministry of Foreign Affairs is working with the relevant line ministries to not only seek to protect us and insulate us where possible — because the direct impact has been postponed, but because of fear of fines or of other penalties as a result of the sanctions, financial institutions are hesitant to do business with the company.

“Accordingly, we will be seeking to work with OFAC (Office of Foreign Assets Control) with the State Department to ensure that we are not directly impacted here. So far, we have managed to stave off any closure and that is of course of direct benefit to our workers here in Jamaica, and we continue to monitor and work in the background on that matter,” she said.