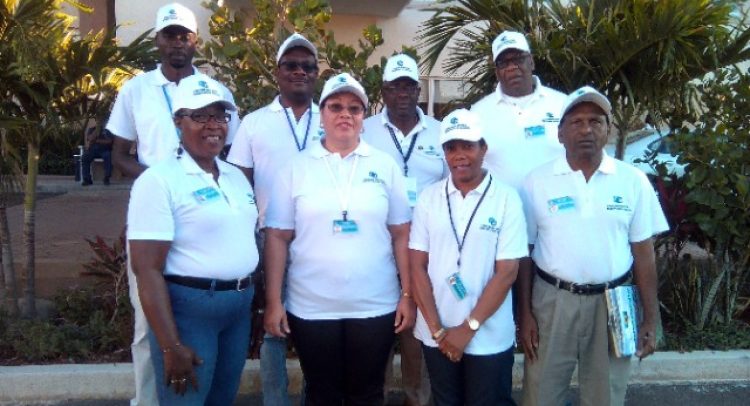 Basseterre, 4th June, 2020, (MyVueNews.com) – After much consideration flavoured with some political controversy and posturing, a Mission of Overseas Observers from the Caribbean Community, is now in St. Kitts and Nevis, to keep a close and impartial eye on the General Elections on Friday, 5th June, 2020.

The idea of observers is not new to the twin-island Caribbean nation which has had its fair share of challenges in the past, though not rising to the levels of “rigged” polls, known in other countries.

But what has been accused and challenged in the past, some with merit and even court victories, have mostly related to electoral infractions, with names being removed or added from the final Voters Registration (List), without the correct and legally required procedures being followed.

Kittitians and Nevisians however, have always been very passionate about their elections, and supporters of parties are known to appoint themselves to “guard” the ballot boxes as they are transported from the point of voting, to the locations for counting. This will not change easily, and is likely to be seen on Friday, when the polls close.

Friday’s election will be the first under the leadership of the coalition government that served from 2015-2020.

And while the government had indicated its willingness to invite overseas observers to cover the polls, there had been some concern, given the current COVID-19 pandemic, and the fear of the virus being brought into the country again.

St. Kitts & Nevis is now free of the virus, after the 15 confirmed cases were fully recovered. The country also has only one test pending, as of Wednesday, 3rd June,  and no one has been hospitalized.

But there has been much fear also that a second outbreak could materialize, if the country did not exercise required health and other precautions.

Invitations for observer missions had been issued by the government for teams from St. Kitts and Nevis and one from the OAS.

However, due to the need to quarantine anyone from overseas for 14 days, that OAS mission was canceled. And the local team, that was to be comprised of representatives from the major civil society organizations, said it did not feel that it possessed the requisite skills and experience to operate on its own.

It argued that it relied on the overseas missions, in the past, and was hoping to do the same this year, to do the major tasks of observations, while they, the local body, provide support.

Now, some compromise has been made and a team of observers from CARICOM, will be here to help ensure that the election exercise is conducted to the standards normally associated with free and fair voting.

It added that, “The CARICOM EOM is scheduled to arrive in the Federation on Wednesday 3rd June.”

Plans were put in place because, “The team will be screened immediately upon arrival and will undergo a molecular (RT-PCR) test, while being housed in a Government facility.”

The Ministry of Health will continue to monitor the team, including daily screenings and other activities set out in the special protocol, until its departure, explained local officials.

The health and safety of the General Public remains the Government’s highest priority, they continued.

On Tuesday 2nd June, the CARICOM Secretariat conducted a virtual training session for a 19 strong civil society group, from both St. Kitts and Nevis at the National Information and Technology Centre, Paul A. Southwell Industrial Site.

The Government said it is confident that the local observers are well equipped to perform their duties on Polling Day in partnership with the CARICOM EOM.

The Government of St. Kitts and Nevis expresses appreciation to the CARICOM Secretariat for its role in building capacity as well as providing a team of regional observers to be on the ground in time for Friday’s General Election.

File Photo: A mission from a previous election observed elsewhere

Fun In the Son to go virtual