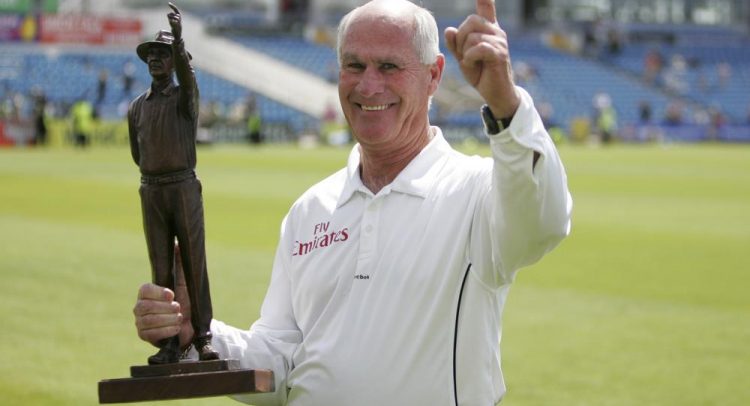 Cricket South Africa announced Koertzen’s death but gave no details of the incident other than to say the renowned umpire died following a car accident on Tuesday morning.

His first test was in South Africa’s first home series back in international cricket in 1992 after a 22-year ban because of apartheid. He retired in 2010.

Koertzen was famous for his unique method of giving a batter out, where he’d slowly raise his left arm with his finger pointing at the batter. It became known as the “slow finger of death.” He was one of cricket’s most respected umpires.

“The passing of this titan is a sad loss for the game,” said Cricket South Africa CEO Pholetsi Moseki, who paid tribute to Koertzen’s “selfless dedication and commitment.”

South Africa’s Algoa FM radio station reported that Koertzen and three other people were killed in a head-on collision near the town of Riversdale in the Western Cape province. Koertzen was returning to his home in the Eastern Cape province after playing in a golf tournament when the crash happened, the station said.