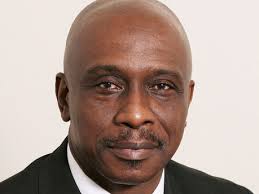 FORMER elections boss Orrette Fisher has sought to clear the air about his reasons for walking away from the job after 10 years and in the midst of a court case with the Electoral Commission of Jamaica (ECJ), in which he was challenging the validity of his one-year appointments since 2015 ultimately seeking to remain in the position.

Fisher’s resignation letter, dated March 12, and two other letters written to the ECJ between 2015 and 2016, detail his escalating frustration with the levels of political influence being brought to bear on the operations of the Electoral Office of Jamaica (EOJ).

In addition to concerns raised with the commission about possibly compromising the integrity of the electoral process, Fisher said he felt “personally threatened and intimidated” prior to the February 2016 General Election due to remarks made by a representative on the commission, who, following the reversal of a recount in one constituency, made further worrying remarks. According to Fisher, some of the comments were documented in the minutes of a meeting prior to the election, but were later removed.

Outlining a number of events which eventually led to his decision to walk away, Fisher, in his resignation letter, pointed to complaints in a November 3, 2015 letter addressed to ECJ Chairman Dorothy Pine-McLarty in which he expressed “unease” with one political representative “seeking to influence” where the Electronic Voter Identification System should be used. He pointed out that this was contrary to the policy that this was to be decided by the director of elections.

Yesterday, Pine-McLarty told the Jamaica Observer that the political party representatives could give suggestions about where the machines could be best utilised.

“You can’t blame them for that, and sometimes it does get heated,” she remarked.

In that same letter, Fisher said he was concerned about and objected to a request by political representatives for photographs and elector registration numbers to be made available to political parties.

But Pine-McLarty said that letter had been withdrawn and redacted from the minutes of the commission meeting, and should not be presented as part of public discourse on the issues.

“There was a big meeting about that letter and it was withdrawn, so it holds no water anymore… that doesn’t exist, it can’t be brought up at this stage,” she insisted.

In another letter, dated May 2, 2016, Fisher complained to the chairman about remarks made by a member of the commission, who he claimed was generally hostile to the staff.

“As director of elections I was alarmed at this utterance… in view of these utterances coming from a member of the commission, I find it difficult not to think about the statement, and I do feel some apprehension and uncertainty as to what might happen should a future election not go a particular way. Other members of the commission present did not comment at the time the statement was made,” Fisher wrote in reference to comments that he said were made about the reversal of a preliminary count in a particular constituency.

But Pine-McLarty argued that verbal sparring was part and parcel of the interaction among commissioners.

“There are two politicians from both main parties and then the independents – that’s what Mr Seaga and Mr Manley and Mr Patterson, that was there intention, so there is a lot of hurly-burly, as you would expect, and sometimes people walk out and walk back. That’s what the parties are there for, to get what they want for their election campaign or their party, and some of the requests are genuine and are very often accepted and put into operation; sometimes they are not, but I would not say it extends to threatening. Sometimes words are a bit sharp. Currently some of the exchanges are nothing compared to what obtained before… we have had some arguments at meetings, but that’s what they are there for. They are entitled to try to get whatever they can get [for their side]”.

Fisher emphasised that, in addition to challenging the legitimacy of one-year appointments to the post of director of elections, another objective of the lawsuit against the ECJ was to make public the circumstances surrounding those appointments (November 2015 to October 2016, and November 2016 to October 2017). Over the months, counter-arguments have been made that he knowingly entered into the contracts, notwithstanding the provisions in law that the appointment to the post should be for seven years.

He said the independent members with whom he met at an October 2017 meeting as his appointment neared its end advised him that there was no consensus on the extension of his appointment, and that political party representatives were “insistent that the position should be advertised”.

He said that it was when the independent commissioners, who said he had their support, declined to demonstrate same by issuing a statement in order to ensure that the public was not left with the view that he had committed any act which warranted dismissal, that he decided to consult with an attorney to fight for his job.

The former director said the impression that he had “taken on” the ECJ was evident when on February 7 of this year, one of the commissioners accused him of trying to embarrass the prime minister when he told the press that he had not been consulted before the announcement of the St Andrew North Western by-election. According to Fisher, another commissioner intimated that having taken the ECJ to court, it was decided not to consult him on the date of the election.