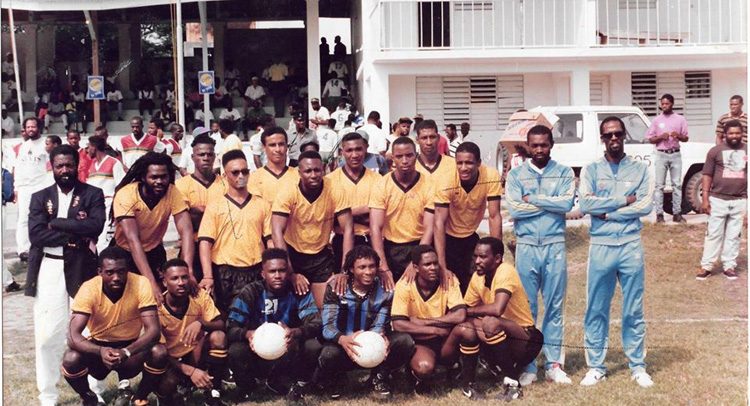 Former national footballers, Sowerby Gomes and Mervyn Richards, said the mass importation of players for the domestic leagues is having a negative impact on the development of local players and have urged the governing body here to institute a cap on the number on players that clubs are allowed to import.

Gomes, a former Villa Lions and national defender, said an important aspect of the development process is being able to compete at the highest level.

“We are having a downward turn in terms of what is happening to our local players within our set-up and if we are not careful, what is going to happen is that we are going to be losing the talent of our national set-up. If the community-based teams are not strengthened in terms of the young layers getting a chance to play, if they are not being coached well, if they don’t get the opportunity to showcase themselves on the pitch in terms of game time, it affects us in terms of our national set-up, so I think the coaches need to spend more time with our local players, getting them developed,” he said.

Gomes, who also coached at the national level, admitted that local players must also take a personal interest in their development but insists that coaches must and should play a pivotal role in the progression of the athletes both on and off the field of play.

“I don’t think that they do enough in terms of self-development, but I also think the coaches need to play a role in helping the players to develop, to help them how to self-develop, because I got it as a youngster from the coach we had in terms of Luther Lee. He helped us to develop as young men and that is what I was going towards in that coaches must teach players how to play life and play life to win — not only to win on the field but to win in a competitive manner but still in a fun way,” he said.

Meanwhile, Richards echoed Gomes’s sentiments, also calling for a cap to be placed on the importation of players.

“That cap will spell development and the way it looks to me now it’s like we are lighting a $20 to look for a quarter [25 cents] because of the amount of monies we [clubs] we spend, and they cannot even win it back in the prize monies in terms of the monies they are spending to bring in players and it’s unfair to the local players because they are not getting an opportunity and that is what people need, opportunity,” he said.

Clubs are currently not limited on the number of players they are allowed to import during the football association’s domestic programme.

The practice has been the subject of many debates with the FA insisting that they will not limit clubs in their ability to import players.

Main Photo: Former national defender Sowerby Gomes (fourth from right in middle row) has called for a cap in the domestic leagues. is seen here during his playing days.