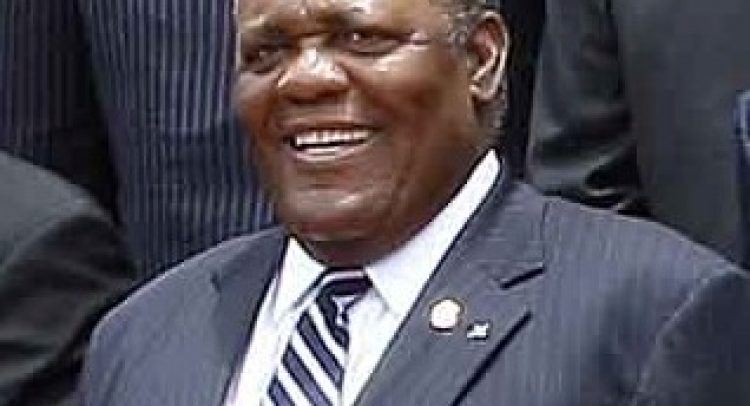 NASSAU, BAHAMAS — Former Prime Minister Hubert Ingraham was admitted to Doctor’s Hospital on Tuesday with the coronavirus, but is expected to make a full recovery, according to former Minister of Health Dr Duane Sands, who was authorized to speak on Ingraham’s behalf.

Ingraham, 73, has not needed a ventilator, though his age remains a factor with recovering from the virus.

According to Sands, while the former prime minister was being treated at home initially after being diagnosed with the virus over a week ago, his symptoms progressed Tuesday, and he became “quite ill”, requiring hospitalization.

As of Wednesday night, Ingraham was stable and said to be getting better.

Sands said Ingraham’s team of physicians believes the worst is behind him.

He is being attended to by an endocrinologist, an infectious disease specialist and a pulmonary specialist, among others.

According to Sands, if Ingraham continues to improve, he could be discharged in a matter of days.

When contacted around 9pm Wednesday, Free National Movement (FNM) Chairman Carl Culmer said he had not received official information to speak on the matter.

Calls placed to Ingraham were unsuccessful.

There was a flurry of messages on social media wishing the former prime minister a full and swift recovery.

Ingraham, who led the FNM to victory at the polls for the first time in 1992, served as prime minister until 2002, and again between 2007 and 2012, for a total of three non-consecutive terms.

There were 16 hospitalized cases, according to the Ministry of Health’s COVID-19 dashboard.

Of those, 15 were moderately ill while one case was in the Intensive Care Unit at Doctor’s Hospital.

Health officials confirmed 19 additional infections on Tuesday — seven on New Providence, three on Grand Bahama, four on Abaco, four on Bimini and Cat Cay and one on Andros.

To date, there have been 179 COVID-19 deaths, while 15 remain under investigation.

Another 38 cases died of other illnesses.

The Bahamas is expected to receive 100,000 doses of the Oxford AstraZeneca COVID-19 vaccine beginning this week.

The vaccine will be offered without cost and on a voluntary basis.

PM Mottley: Over 25 000 Barbadians vaccinated so far in national programme