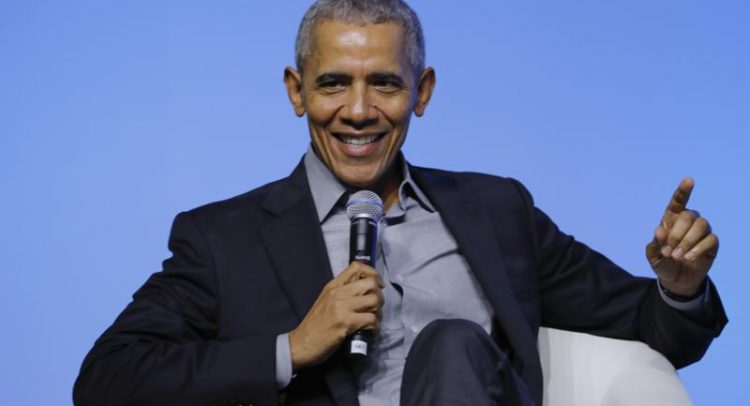 JOHANNESBURG (AP) — Former U.S. President Barack Obama has acquired a stake in the NBA’s Africa business through his foundation, the NBA said Tuesday.

Obama will have a minority equity stake in NBA Africa, a new entity set up this year to run all the league’s business on the continent.

The NBA said Obama would use his stake to fund the Obama Foundation’s youth and leadership programs in Africa.

Obama has been linked to the NBA’s Africa operations since 2019, although it wasn’t clear until Tuesday exactly what his involvement would be. The NBA didn’t disclose any financials.

NBA Africa and world body FIBA combined to set up a pro basketball league in Africa. The Basketball Africa League held its inaugural season in May after being delayed for a year by the coronavirus pandemic. It featured the top teams from 12 African countries.

FILE – Former U.S. President Barack Obama gesture as he attends the “values-based leadership” during a plenary session of the Gathering of Rising Leaders in the Asia Pacific, organized by the Obama Foundation in Kuala Lumpur, Malaysia, on Dec. 13, 2019. Obama’s memoir “Dreams from My Father” will be released in a young adult edition on October 5. Obama had yet to hold any political office when “Dreams from My Father” was released in 1995. (AP Photo/Vincent Thian, File)

US to play World Cup qualifier against Mexico in Cincinnati